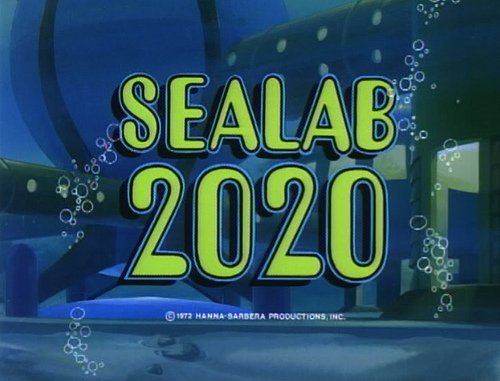 It was just a few weeks ago on August 21, 2014 when I waxed nostalgic about the great old days of Saturday morning cartoons: Link

Well, it looks like history was made today — with the discontinuation of Vortexx on CW, we have come to the end of Saturday morning cartoon programming on network TV. Sniff.

I went to Amazon and bought myself Sealab 2020 The Complete Series as a consolation. Cartoons may be gone from Saturday morning, but these days I can program anything I want: Link

Vortexx was a Saturday morning animation and live-action block for children, which debuted on The CW on August 25, 2012. The block was programmed by Saban Brands, and replaced Toonzai, a block that was programmed by 4Kids Entertainment (now 4Licensing Corporation).

When This TV discontinued the Cookie Jar Group-programmed Cookie Jar Toons/This Is for Kids block on October 31, 2013, Vortexx was left as the only remaining traditional children’s programming block on any of the U.S. broadcast networks, and the only one that incorporated advertising aimed at the block’s target audience (due partly to advertising restrictions placed by the Federal Communications Commission, other commercial broadcast networks opt to run advertisements aimed at adult consumers and/or public service announcements).

The block came to an end on September 27, 2014, and was replaced the following week with a live-action E/I block from Litton Entertainment named One Magnificent Morning, marking the end of traditional Saturday morning children’s programming on broadcast television.

Yesterday was the last Saturday morning TV cartoon schedule on network TV … <sniff> from the 1980s via @BoingBoing http://t.co/q6MF7QlyJl

So, how are we going to advertise ToyBots now???