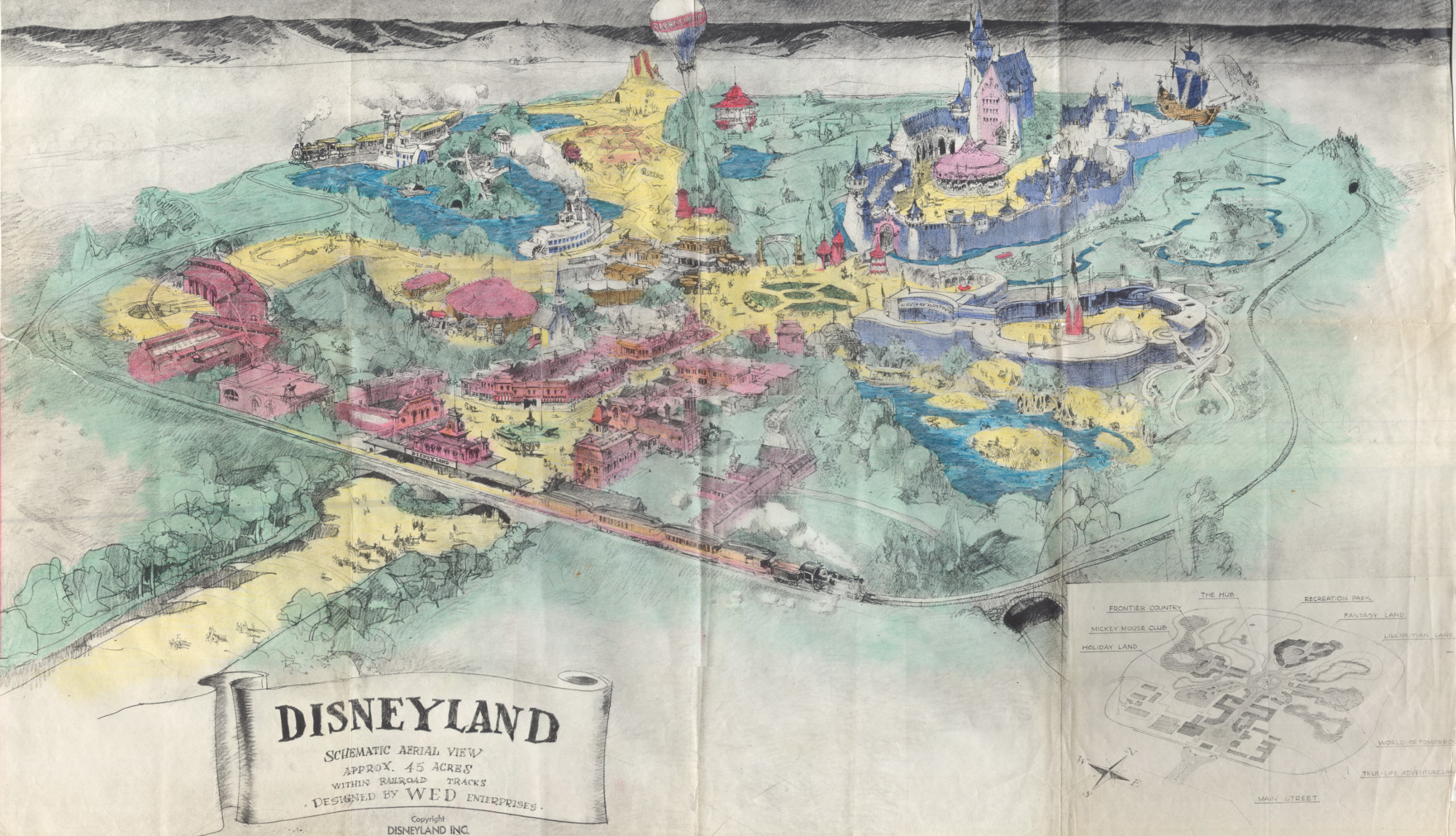 At Disney’s D23 Expo last summer there was a fantastic exhibit area celebrating 60 years of Imagineering. Inside that exhibit was a really cool exhibit that had the original concept drawing for Disneyland that Disney Legend and artist Herb Ryman completed over a weekend with Walt looking over his shoulder. It was like looking at the Ark of the Covenant! They also had an illuminated version of Disneyland that was used in the early days of the Wonderful World of Disney. Now, Boing Boing has come across the original prospectus for Disneyland — true Relics of the modern age.

Also, I’m trying out the new “Insert Tweet here” functionality of WordPress, and it’s pretty cool — you just need to past the URL of your tweet into the WordPress Edit Post screen and voila:

OMG … I wish I was one of the 33 who saw this: Disneyland's original prospectus revealed! http://t.co/3gsSmCgwiG

One of my dreams (what people like to call “bucket list”) was to spend a year in Disneyland. And I got the chance to do that in 2002 after I sold OpenCola. I literally visited Disneyland more than 300 times over the course of a year, and I became well-known in the Park. Pin Trader Cast Members would greet me by name … and these were people whom I’d never met. I’m sure they had my picture up somewhere with the caption “single creepy guy in Park every day — engage him in dialogue so that he doesn’t have the blanket of anonymity”. It was kinda cool … and I still miss it today.

My friend Kent Mora had a membership at Club 33, which was incredible. We went for many a great meal there — and the only wine in the Park. I often fantasized what it would have been like to have been one of the original 33 investors, and what the prospectus would have looked like. Well, thanks to Boing Boing, now we have it: Link