“Fun without sell gets nowhere but sell without fun tends to become obnoxious.” — Leo Burnett 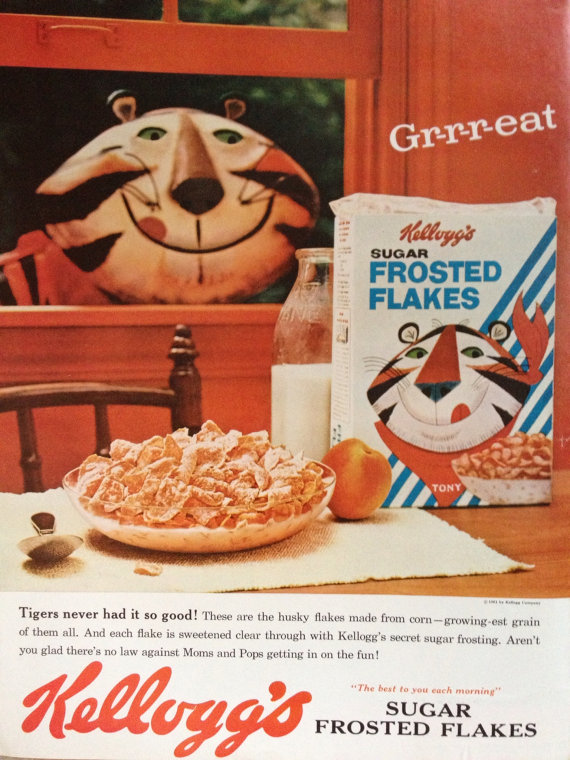 Tony the Tiger debuted in 1951 as the mascot for Kellogg’s Frosted Flakes, and he has since become an icon for breakfast cereal that has spanned several generations. Burnett was using creative job placement by this time to build his staff, including Eugene Kolkey. Kolkey was a creative art director who drew a sketch of the character based on Raymond Anthony Wells, another member of Burnett’s staff. Martin Provensen completed the art work, and Tony the Tiger was selected from a pool of four candidates.

Dallas McKinnon originally provided the voice for Tony the Tiger, but he was quickly replaced by Thurl Ravenscroft. Ravenscroft had a bass voice and spent the next 50 years voicing the character. He has also described how he gave Tony the Tiger some of his own personality. Copywriter John E. Matthews coined the catchphrase “They’re Grrrrreat!”