“It is this spirit (Reaching for the Stars) which I think has made many of us work long hours, which makes us carry the thought of our work with us wherever we go, which makes us lay aside good work for better work.” — Leo Burnett

One of the things about a great culture is that it inspires you to do great things — and to work hard at making those things happen. When I first started at P&G there was so much to learn and so much to absorb and so much to do that I literally spent almost every waking moment in the office. Late at night, once everyone was gone, I would work my way through reels of 3/4″ videotapes with archives of all the P&G TV commercials, going back to the early ’50s. At lunchtime I’d read binders with promotion plans and business plans going back to the ’60s. It was all courtesy of Tom Penhale who acted as an unofficial librarian and archivist of P&G history. And I couldn’t wait to check it all out. In the end, I saw literally thousands of commercials and hundreds of plans — and with that knowledge created a promotion plan which leveraged the lessons of history to innovate in the present (and build the Tide business +40%). I’m not sure if Tom ever knew how much his archives meant to me and how much influence he had on me — but it was tremendous.

As well, there was no question that the culture of excellence at P&G drove me relentlessly, and made me better. Leo Burnett created that as well — people want to be on a winning team, and they’ll work damn hard at it if they feel that they are … and then, guess what? Vision becomes reality and before you know it, your team starts winning.

Here’s another of my favorite anecdotes around demanding excellence: Link. I used to pull this little trick all the time at P&G, but have used it sparingly since then. Still, it’s a lot of fun: 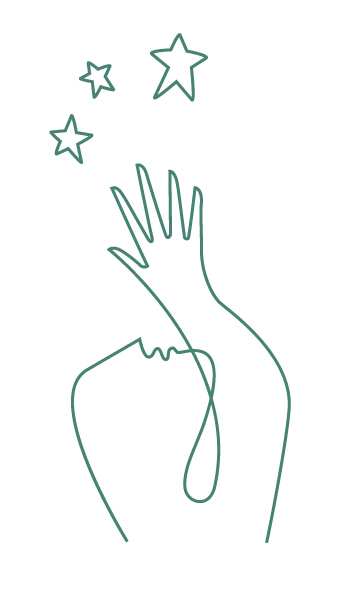 I’d like to share a fun little anecdote I was told while interning in Washington D.C. years ago about the importance of being confident in your work ethic featuring former Secretary of State, Henry Kissinger and his speech writer at the time, Winston Lord.

During the late sixties & early seventies, Winston Lord had been tasked with three of biggest foreign policy projects: the opening to China, bringing the Vietnam War to a close, and attempt to improve relations with the Russians.

Speech writing for Henry Kissinger and Richard Nixon fell under on of the many political duties as the Ambassador to China. Not the easiest job considering Kissinger was a speech writer himself and harsh critic.

The story goes that Lord prepares and submits a “first” draft of a speech to Kissinger one evening.

Kissinger then calls Lord the next morning for feedback on the speech and asks “Is this the best you can do?”

Lord replies “Henry, I thought so, but I’ll try again.”

Lord then goes back to the drawing board, tweaks, revises and resubmits another a draft a few days later.

The next day, Kissinger calls Lord into his office and again asks “Are you sure this is the best you can do?”

Lord begins to question his work and says “Well, I really thought so. I’ll try one more time.”

Believe it or not, this uncomfortable and rejecting process goes on for EIGHT times; EIGHT drafts; each time Kissinger standing firm to his original feedback of “Is this the best you can do?”

Lord returns to Kissinger’s office with the now NINTH draft and awaits his response.

Surely enough, Kissinger calls Lord in the next day and asks him the same question, “Is this the best you can do?”

Lord, now completely fed up, furiously replies “Henry! I’ve beaten my brains out – this is the ninth draft! I know it’s the best I can do; I can’t possibly improve one more word!!!”

Kissinger then looks at Lord and nonchalantly says “Well, in that case, now I’ll read it.”