“Let’s gear our advertising to sell our goods, but let’s recognize also that advertising has a broad social responsibility.” — Leo Burnett

Q: When you went from the editorial side into the advertising side, did you find that your newspaper experience was helpful to you?

A: Yes, it was most helpful, because I think it taught me the importance of curiosity about things. I didn’t know beans about automobiles, but I became very curious about what made a motor run and all about it. I wrote a lot of fairly technical stuff in a popular way.

Well, after the war, I went back to Cadillac. And then Lafayette Motors Co. was formed by some people at Cadillac, including the man who hired me. They were going to be the American Rolls Royce — a great idea, but they ran into the depression of 1921.

They moved to Indianapolis, and I went along as advertising manager. But they ran into trouble with this car in an economic dip at that time. And I could see the handwriting on the wall … Charles W. Nash was connected with it. They talked about moving it to Racine and Kenosha, which I didn’t like very well, since I had established myself in Indianapolis.

Then I got an offer from Homer McKee who was head of the top agency in Indianapolis in those days. So I grabbed it. That was my first agency job. I left Lafayette and went to work for McKee as head of his creative operation. He was a great copywriter, himself, and I learned a lot from him. 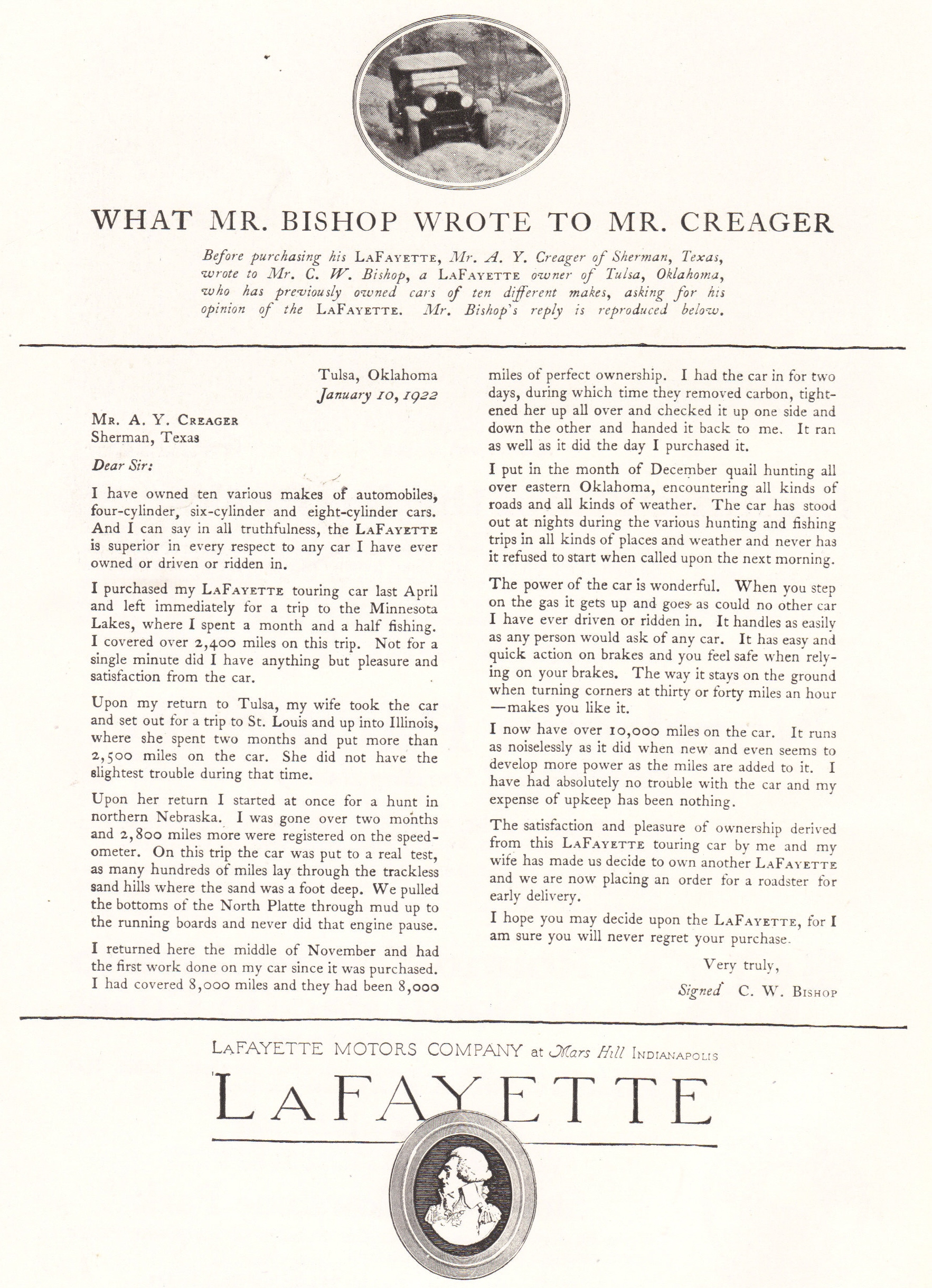