A: It was a brilliant paper where Heywood Broun and a lot of top writers were working … Their writings and Franklin P. Adams’ column, “The Conning Tower” was running in those days. And so I read the New York World every day and studied the style. And I started in trying to write short stories — would sell one once in a while. And so right after my graduation — that summer after my graduation — I worked as an editor of the Michigan Wolverine; the summer paper for the University. I got 300 bucks for that — which was pretty big money in 1914. And after that, after the summer school was over, I intended to come to New York and say to the New York World, give me a job as a reporter! And I was all steamed up and the New York World didn’t know what they had coming.

But I was walking across the campus one Saturday afternoon and I ran into a friend of mine who was back to cover the early sports news, the football training stories. He was sports correspondent for some Detroit and Chicago papers — his name was T. Hawley Tapping. So I just happened to run into Tap on the campus on my way home, and he asked me what I was going to do. I told him I was going to New York and get a job on the New York World. “Don’t be silly,” he said, “I just came from Peoria yesterday.” He’s been brought up on a Peoria newspaper, the Peoria Journal. And he said, “There’s a job open down there, and you’d get 18 bucks a week. Don’t be silly and go to New York, because on a paper the size of the Journal you can cover all the bases and this is a hot little paper and a wonderful editor.”

Anyway, George Fitch, who wrote the Siwash stories for The Saturday Evening Post, which was popular in those days, had been editor of it and was still connected with it. And that appealed to me a little bit, because I had read his stories. But I didn’t think much of the job, so I said I was going to New York, anyway, and thanked him. And, well, Sunday morning he called me at home and said: “They’re expecting you to report at the Peoria Journal at seven o’clock Monday morning — tomorrow morning.” 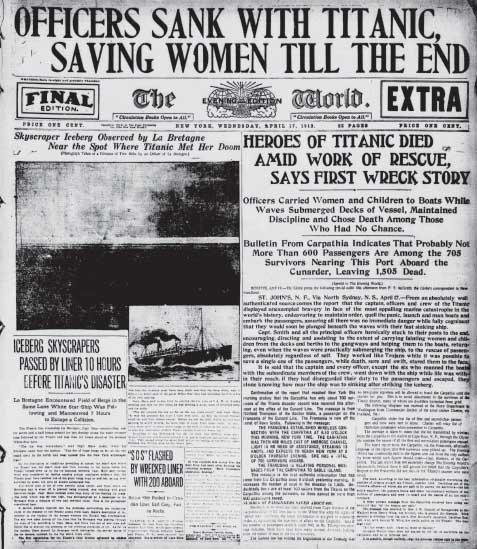