“The most fearful possibility that lies ahead is that we might contract ‘fatheadism’ — fat between the ears can destroy us.” — Leo Burnett 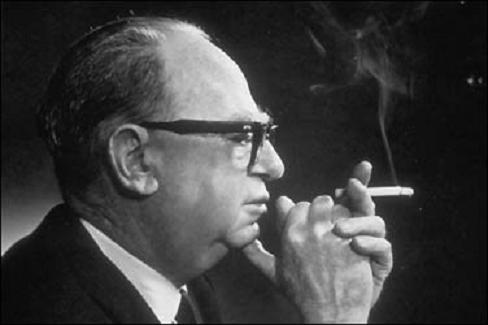 In The Art of Writing Advertising | Conversations with Masters of the Craft, AdAge Interviewer Denis Higgins talks to Leo Burnett.

Originally published in 1965, this book had a huge influence on my life. I first read it around the age of 5 — my father was a Mad Man on Madison Avenue (an “account guy” at Y&R, working on Drexel … my Dad invented the angled broom) and after the first reading I vowed to live my life like Bernbach; Burnett; Gribbin; Ogilvy; and Reeves, which is also a great name for an agency — am I right or what?

For many years, my one goal in life was to work at Ogilvy & Mather or Leo Burnett. I actually got an offer from Ogilvy, but I choose P&G instead … partly because David Richardson, the Managing Director at Ogilvy at the time told me “You can only work for P&G this one time; you can join us anytime.”

Of course, that never happened … it still feels like a hanging chad in my lifeline. I did get a chance to do a creative internship at Leo Burnett with Martin Shewchuk. That was an awesome experience and it ruined me forever — I opened my own agency a year later.

One thing that impressed me about the Leo Burnett AdAge interview was his focus on basics in his training. After reading the passage below, I worked hard to learn everything I could about type and typesetting — I was Editor of my high school and university newspapers; and my summer job through high school was as a typesetter. In fact, I took typing classes in high school — much to the derision of the Neanderthal boys that were in my class — specifically so that I could have “ink in my veins”. Here is an extract of that interview:

A grey day in New York. It is ten o’clock in the morning and Leo Burnett, looking like a prosperous Rotarian from out-of-town, perhaps a well-to-do tractor dealer from the Plains States, maintains gruffly that he doesn’t like these damned tape recorders. “I’m a writer, not a public speaker,” he says. He moves around his suite in the Plaza Hotel and gazes out a window at a deserted Central Park. It is winter and it has been snowing and the agency man’s mood is as blustery as the weather outside. “Well,” he says, taking a seat in an armchair by the window. “Well, hell, plug the damn thing in, and let’s get started…”

Q: How did you get started in the business — what made you want to get into the newspaper business or into the advertising business?

A: Well, I never dreamed I was ever going into the advertising business. We lived in a small town; I was practically brought up under a printing press. I started in as a printer’s devil and learned to set type and had my own little press at home. I would print little things. I took pied type home with me from the barrel at the newspaper shop, and sorted it out, and had my own case of type at home.