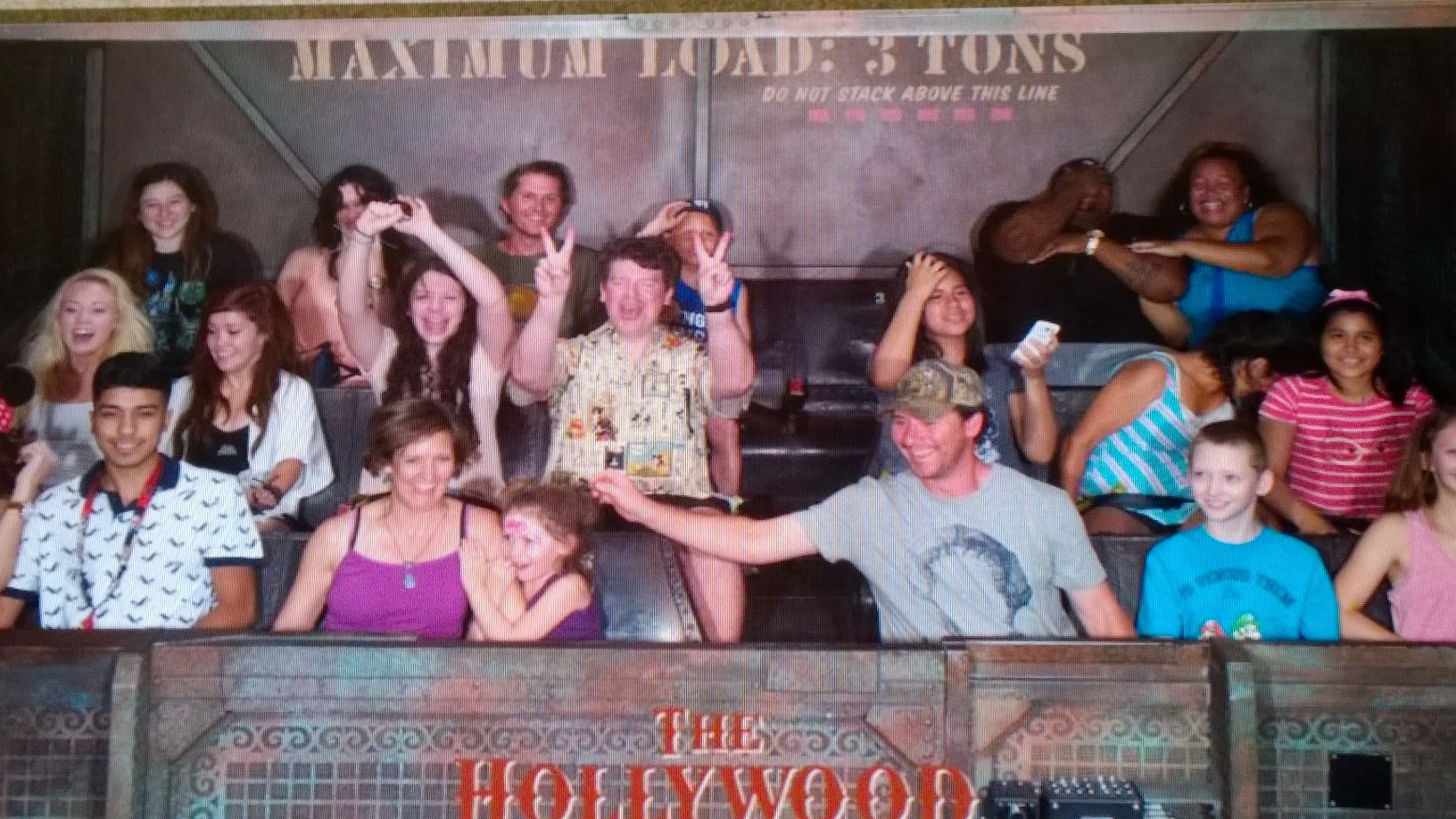 I had the good fortune to spend a day in Disneyland last Saturday, as a precursor to putting Trinity on a plane to Fiji (see updates in other posts below). We crushed the Park — arriving around 11am, straight from LAX, and staying until 11pm — after the fireworks. We walked onto Radiator Spring Racers, The Twilight Zone Tower of Terror, Mater’s Junkyard Jamboree, and Luigi’s Flying Tires.

We had a magical experience as we were walking from California Adventure to Disneyland when someone very nicely gave us her unused FastPasses to Indiana Jones Adventure. Three FastPasses — Trinity and I went together once, and Trinity went around once more on her own. BTW, the recent refurb of Indiana Jones is excellent — the ride is really improved, with a lot more color and a lot more fire!

But the moment that struck me the most is like a lot of Disney moments — you never know when you’ll run across something that makes you think. In this case, it was while Trinity and I were cutting through the Opera House on Main Street on our way into the Park. As I was zipping through, I slowed to look at a display which reminded me of the importance of inspiration, and the need to be open to new ideas, wherever they might occur.

According to Walt Disney, the idea for a Disney-themed amusement park came to him while sitting on a park bench. He thought about creating a new kind of amusement park while he watched his daughters ride the Griffith Park Merry-Go-Round. The actual park bench that Walt Disney sat on, while he imagined what would become Disneyland, is what is currently on display in the Opera House lobby:

There is a great film called The Walt Disney Story that at one time played in the entrance to Main Street in The Magic Kingdom in Walt Disney World in which Walt talked about the story of taking his daughters to different “kiddie parks” on the weekend, and sitting on the bench in Griffith Park with a bag of popcorn and wondering why there couldn’t be a nicer environment in which families could interact. At the same time, Walt had long thought that a three-dimensional visualization of his stories would be a great accompaniment to the Studio … so the idea of Disneyland had been festering for a long time.

It was the bench where Walt got his “creative flash”, and from that second of synthesis, and entire industry was born. We all have to stay open to these creative flashes every day — to keep our minds clear and our synapses ready to connect in new and interesting ways. Today, Walt would be sitting on that bench reading his smartphone, and we would never have had Disneyland…

BTW, in the film Walt recounts that Disneyland was built by “a father with two daughters”, which seems like a pretty excellent motivation to me! The Walt Disney Story is now amazingly available on YouTube: