The ALS Ice Bucket Challenge is winding down as the summer phenom of 2014. It was a great run — raising tons of money for ALS research (an amazing $112MM as of the latest count); and standing forever as an excellent example of how to leverage social media. Time to roll out the inevitable lame copycats … and then be swept up by something real and genuine and great, probably in the summer of 2015. 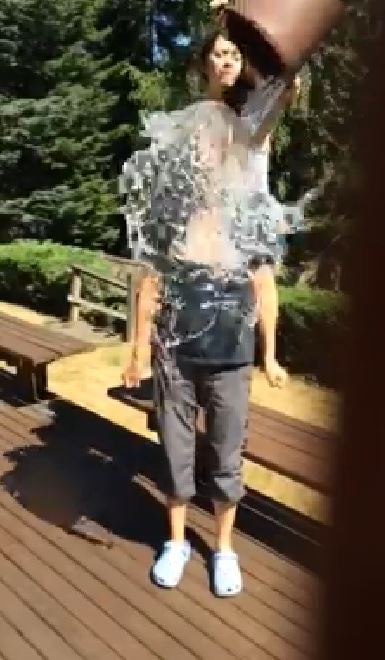 Fads have been with humans as long as there have been humans.

For example, tobacco is a great example of how fads spread … one that is super sticky because it also happens to drive a long-term addiction. As Europeans returned from the New World they brought back tobacco and the Native American custom of smoking dried tobacco leaves. Apparently, a Frenchman Jean Nicot (from whose name the word nicotine is derived) introduced tobacco to France in 1560, and tobacco then spread to England. Seems about right that the French popularized smoking.

The reason that “social media” works is because we are social animals — it is simply amplifying a very natural and normal human behavior. As modern media has advanced, fads have spread more rapidly — but the phenomenon of people watching people, people being fascinated by people, and people emulating people is unchanging.

Quite frankly, there’s nothing more interesting to a human than another human — it’s a principle as old as time. The great book “People Watching” by Desmond Morris did a really nice job of translating body language into meaning — and how we read each other from a body language standpoint is one of the enduring fascinations of being human.

Here’s to the fads — they’re a great part of our collective experience, and part of what it means to be a human. And quite frankly, part of what makes it so fun.

To close this post, I have a great picture of my awesome CVP, Allison Watson, in what may be one of the ultimate ALS Ice Bucket Challenges — on her vacation in August she took a Backroads Bike Tour of Iceland, accompanied by Pulitzer Prize-winning photographer David Hume Kennerly who has one of the most amazing blogs ever: Link

On Day 4 of the trip Allison’s group visited an area that David describes as:

We entered a steep green canyon that was breathtaking. The locals refer to it as the “Lord of the Rings” canyon, but as long as we’re throwing around movie analogies, to me it looked like “Jurassic Park.”

Here’s the link to the post for Day 4: Link

This picture from that post was captioned as “As long as I’m going with movie and television references about what I was seeing, this definitely looks like a scene from “Lost”: 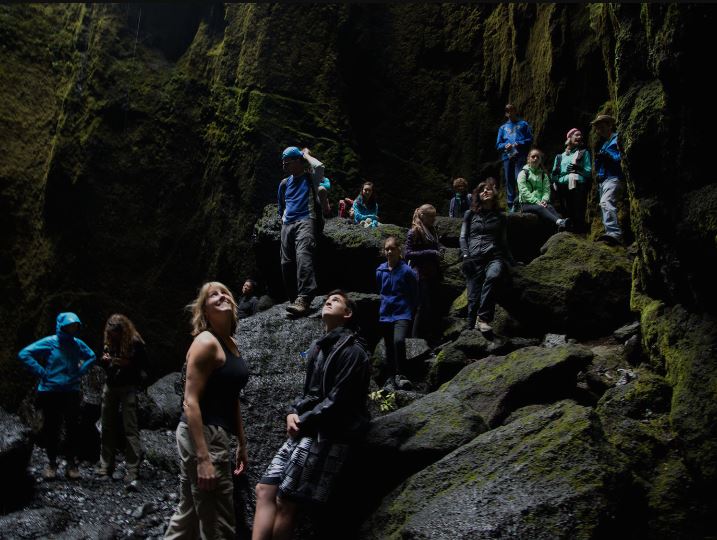 While you’re on the site, take the time to read David Hume Kennerly’s blog. He has had an amazing history of photographing some of the major events of the 20th century.

David Hume Kennerly is an American photographer and photojournalist. He won the 1972 Pulitzer Prize for Feature Photography for his portfolio of photographs taken of the Vietnam War, Cambodia, East Pakistani refugees near Calcutta, and the Ali-Frazier fight in Madison Square Garden on March 8, 1971. He has also photographed every American president since Richard Nixon. From the excellent Wikipedia entry on Mr Kennerly:

Kennerly returned to the United States in the summer of 1973 for Time, during the midst of the Watergate crisis. He photographed the resignation of Vice President Spiro Agnew, and the selection of Minority Leader Gerald R. Ford as Agnew’s replacement. Kennerly’s first Time cover was of Congressman Ford after Nixon’s announcement choosing him, and it was also Ford’s first appearance on the front of the magazine. That session with Mr. Ford led to a close personal relationship with him and his family, and led to Kennerly’s appointment as Personal Photographer to the President, the day that Ford took office after Nixon’s resignation as the chief executive on August 9, 1974. Kennerly was only the third civilian to ever have that position (the first was President Lyndon B. Johnson photographer Yoichi Okamoto, and Nixon’s photographer Oliver F. Atkins).

Kennerly enjoyed unprecedented entrée during the Ford Presidency, and photographed practically every major meeting, event, and trip during Ford’s tenure in the Oval Office. He also arranged unique access for photographic colleagues from the magazines, newspapers, and colleagues to have during that period, and more than 50 had exclusives with President Ford. There had never been that kind of access to a president before, and not since. It was one of his proudest achievements. His staff consisted of four other photographers who divided assignments with the First Lady and Vice President, as well as presidential duties. He also directed the White House photo lab which was run by the military as part of the White House Communications Agency. Kennerly’s photographs are in the Gerald R. Ford Presidential Library in Ann Arbor, Michigan.

His reminisces on the 40th anniversary of the resignation of President Nixon and the appointment of President Ford are particularly compelling: Link

And here’s the punchline … while in the canyon, Allison decided to take a freezing shower in the ice-cold glacial waterfall for her own “Ultimate ALS Ice Bucket Challenge” which was the equivalent of a few hundred gallons of ice water being dumped on her all at once; followed by her own “Rocky” moment, all captured by David Hume Kennerly. I can only imagine how cold this was…

Way to go Allison — you p0wned this one: 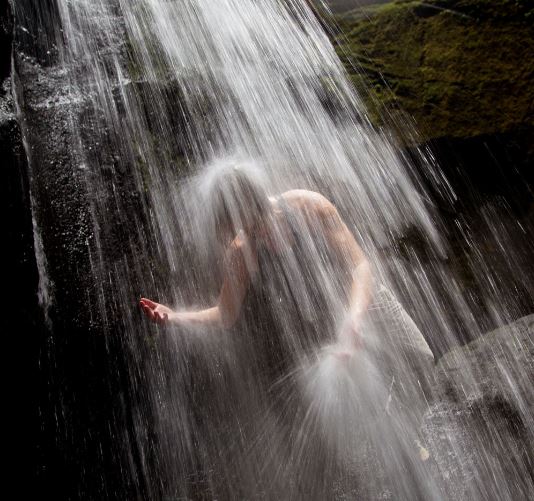 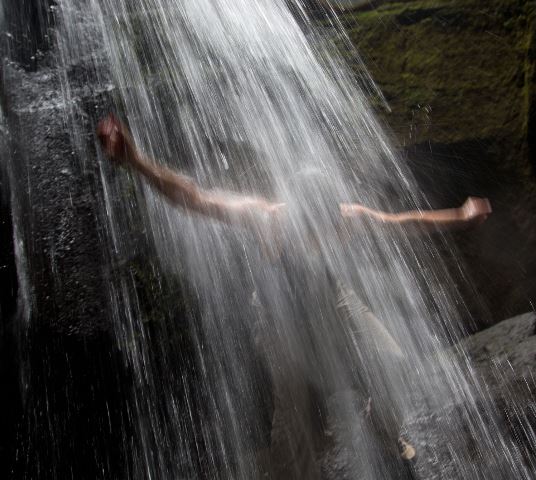