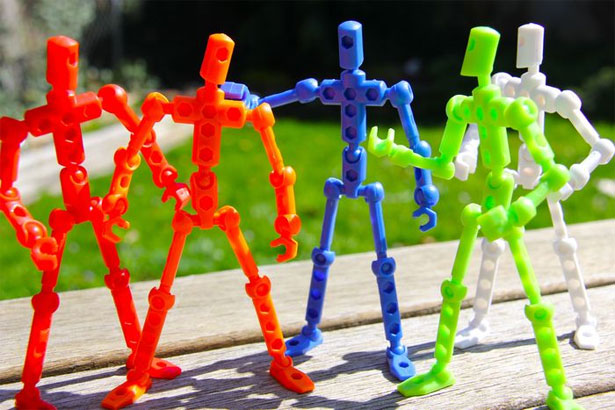 We’re still at the early, quasi-fringy stage of 3D printing, but 3D printed toys are beginning to hit the market.

This seems like an interesting early-stage concept that is similar to ToyBots, without the autonomous operating model of each unit of the robot. What I like about Modibot is the modular nature of “make your own toy”; and the ability to mix and match. It’s similar in some ways to the Timpo Toys of Scotland toy soldiers called “Swoppets” (although “Swoppet” is still a Britains slogan mark. Like “Kleenex”, it has become a general word. Practically speaking, “Swoppet” means any soft-plastic, 54mm multi-part figures. To avoid the association with Britains, some people use the more generic form “swappet” for any “Swoppet”-like figure). With a Swoppet, you could change out hats, heads, weapons and torsos. I have a killer set of Timpo U.S. 7th Cavalry troops (I actually have two sets … my set, and the set my brother abandoned :-)): 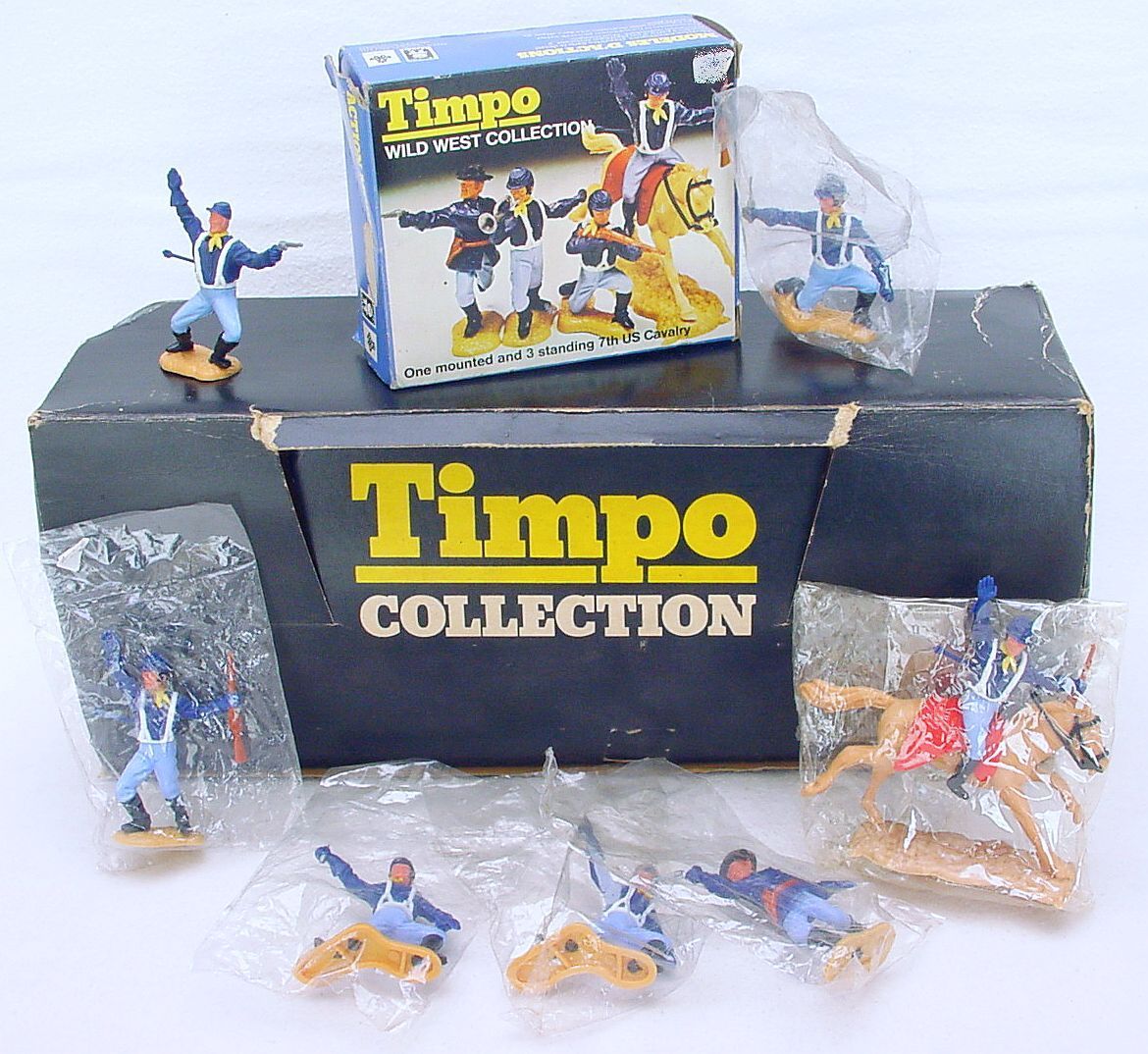 Here’s the pitch for Modibots:

Nearly everyone in the world has drawn stick figures. They’re simple, charming and completely relatable, even though all their human details are completely stripped away. They’re nothing but the mere suggestion of a person.

When you draw bits of clothing on them or add muscles, they begin to take on specific identity traits. Adding a skirt, it becomes a girl (or Scotsman), adding a sword transforms it into a warrior.

Mo is a 3 dimensional stick figure, a blank canvas that you can ‘paint’ with your own imagination. By adding just a few descriptive parts, he becomes anything that you want him to be. By adding lots of parts, he takes on more personality and, like a painting, he looks and feels more specific and ‘real’.

Mo is at your service and ready to take part in your adventures, celebrations, hobbies, creative projects, and dreams.