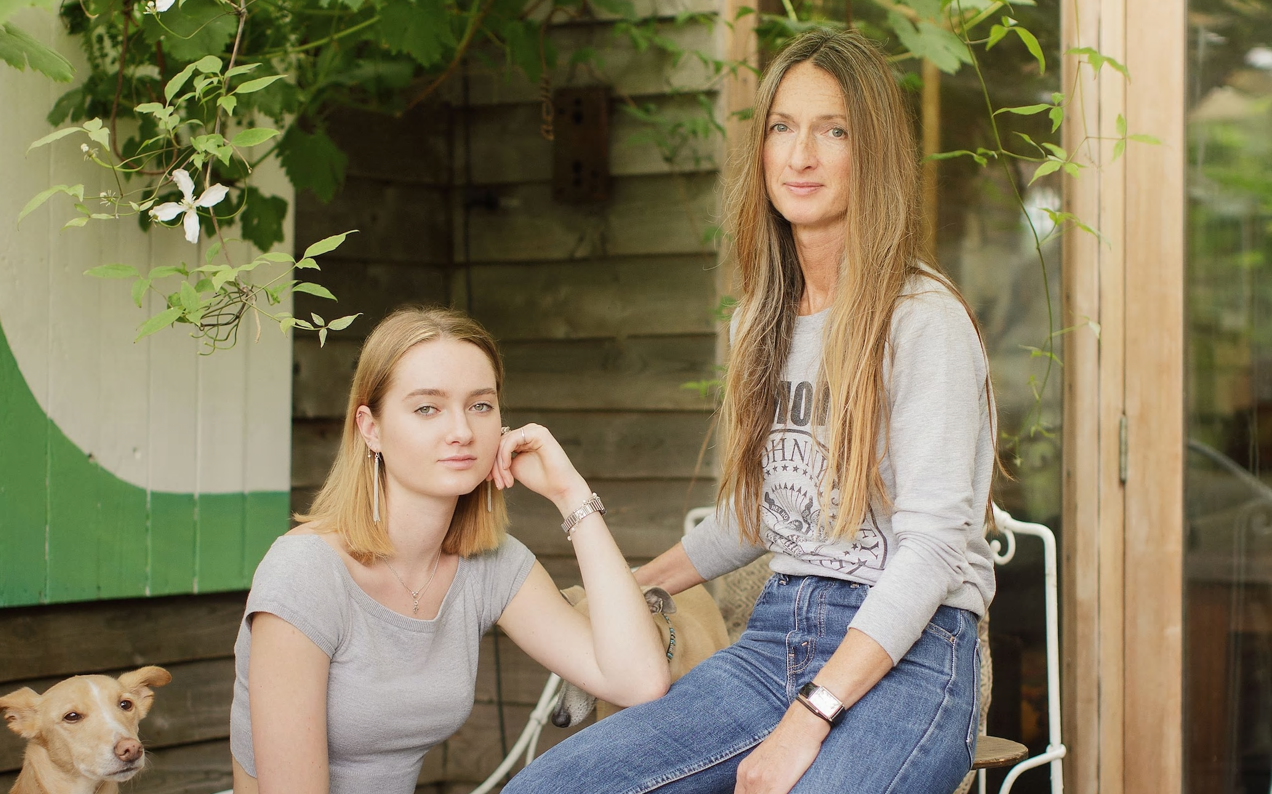 There is a fantastic article by Leah Hardy in The Telegraph from last summer (July 2, 2017) titled Why women of 40 and 50 are the new ‘ageless generation’: Link

The article presents the results of an exclusive study by the strategic marketing agency SuperHuman which was founded by Rebecca Rhodes, 44, and Sandra Peat, 42. Their POV is that brands are failing to realize just how midlife women have changed, and instead as marketers we are clinging to outdated stereotypes.

The Telegraph survey found that 96 per cent of 40-plus women don’t feel middle-aged at all. In fact, more than two thirds considered themselves in their prime of life; 59 per cent felt as vibrant and young as they ever have – partly due to a focus on health and fitness – and 84 per cent said they don’t define themselves by age.

Armed with negative stereotypes about older women, companies still focus on millennials despite the greater financial firepower of 40-plussers. Says Rebecca, ‘By 2020 it is estimated that up to a third of the UK workforce will be 50-plus and they will control 80 per cent of the wealth.

‘We know that 85 per cent of purchasing decisions are made by women and yet 91 per cent of women don’t believe advertisers understand them. This isn’t good enough.’

As a result, she adds, ‘Eighty-four per cent of the women we surveyed used products and services they felt were aimed at younger women.’ But the generation gap is closing. ‘Forty-plus women today look, feel and live differently than the generation before them – 90 per cent consider themselves to have a much younger attitude than their own mother’s generation at the same age,’ she adds.

In short, women in their 40s, 50s, 60s and beyond no longer associate themselves with a life of lawnmowers and Rotary Clubs, cheese and wine parties, elastic waists, river cruises and walking tours of Madeira. Even the term ‘middle aged’ is fast becoming obsolete.

SuperHuman’s survey also found that 67 per cent of women over 40 felt more confident than they did a decade ago, and just as many were more ambitious too. ‘Doing things that challenge me’ was important to 60 per cent of women in the survey; personal fulfillment was a priority for 61 per cent, while 63 per cent described themselves as ‘very optimistic’ about the future. Almost 80 per cent said they had a strong appetite to explore and experience new things with or without their kids.

‘The idea of retiring at 50 and having an empty nest is totally out of date for most people,’ says Richard Cope, a consumer trends analyst at Mintel. ‘Economic pressures and increasing pension ages mean women are working longer and thus spending time with younger colleagues. At the same time, due to property and rental costs, more adult children are living at home, and their attitudes are influencing their parents, causing what’s known as generational blurring.’

The term “Perennials” (which I love) was coined by internet entrepreneur Gina Pell, 49, who explains:

Perennials are ever-blooming, relevant people of all ages who know what’s happening in the world, stay current with technology and have friends of all ages. We get involved, stay curious, mentor others, and are passionate, compassionate, creative, confident, collaborative, global-minded risk takers.

When you operate with a young mindset you live with a young mindset. I always caution people about negatively commenting on their age — the more you coach yourself that you’re getting old, the older you’ll feel, and the older you’ll be. And clinical evidence backs this theory up. According to Ellen Langer, professor of psychology at Harvard University, researchers have found that people who feel old compared to others tend to age faster, and a major factor in this is the way they dress. Those in the study who wore uniforms, and so dressed the same as younger colleagues, suffered fewer age-related illnesses.

It reminds me of one of my favorite chapters from the book I profiled yesterday: A Colorful Way of Living: How to Be More, Create More, Do More the Vera Bradley Way (Link). If I’ve ever met a Perennial, it’s Barbara Bradley Baekgaard — she practically defines the term. Here’s a great quote from her book (p156) on thinking like a Perennial (although she doesn’t call it that):

To those who say women should “dress their age,” I say—ridiculous! What does that even mean, anyway? We each determine for ourselves what is age-appropriate based on what feels and looks good on our bodies. Don’t let your age determine what you wear. Rather, let your level of comfort and confidence determine how you dress for the day. Take pride in your look. After all, you created it. It’s uniquely yours. And if it’s not, consider whose look you’re wearing.

Have you fallen into the label trap? It can be easy to do, but just because it’s in the Saks Fifth Avenue window doesn’t mean it’s going to work on you. Designer labels and price point don’t dictate what I wear. I may wear an Hermès jacket one day, and a blouse from fast-fashion retailer Zara the next. (In fact, my favorite skirt is from Zara because it’s the perfect fit.) Everyone who’s ever shopped with me knows that I trust my eye and I buy pieces that work on my body and complement my particular style. Period.

I consider it a high compliment that my twenty-four-year-old granddaughter Frannie asks to borrow my clothes. In fact, we often buy off the same rack. We’ve been on a shoe kick of late, and Frannie recently walked into my New York apartment in a pair I recognized. “I just bought those in blue!” I exclaimed. “Really? Mom thought they were too indulgent.” “No—they’re fabulous.”