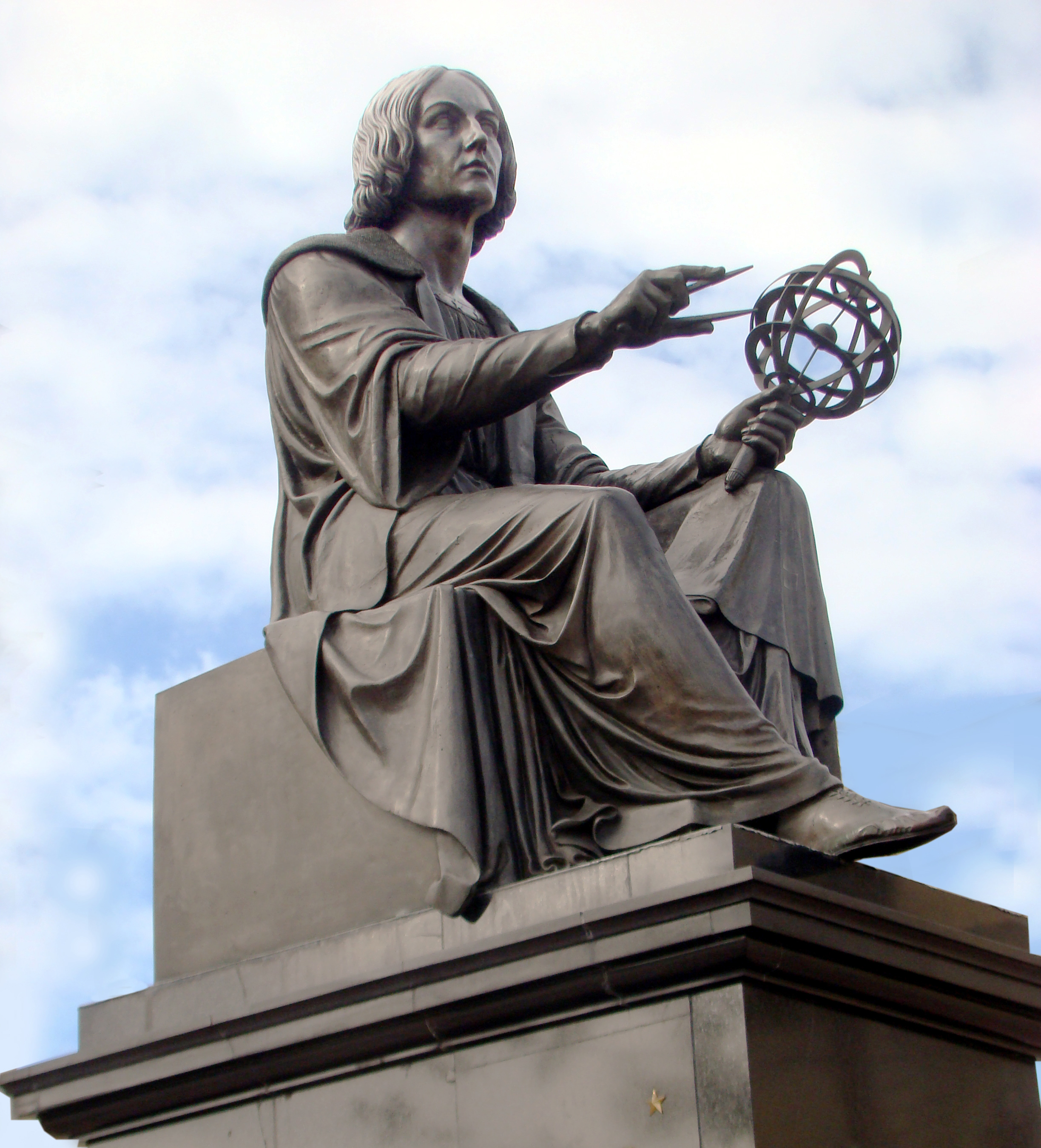 A number of people have asked me, “Do you know that there’s a statue of Copernicus is Warsaw?” Why, yes i do!

It’s quite a famous sculpture — the Nicolaus Copernicus Monument in Warsaw is one of the Polish capital’s notable landmarks. It stands before the Staszic Palace, the seat of the Polish Academy of Sciences on Krakowskie Przedmieście. Designed by Bertel Thorvaldsen in 1822, it was completed in 1830.

It was the center of a bunch of conflict during WWII, and barely survived being melted down by our friends from the wonderful German nation. From Wikipedia:

During World War II, the Copernicus monument was the focus of a notable “minor-sabotage” operation by the Polish underground. Soon after the Nazi German occupation of Warsaw in 1939, the Germans effaced the Latin and Polish inscriptions and attached a plaque in German language: “To Nicolaus Copernicus [from] the German Nation”.

On 11 February 1942 Maciej Aleksy Dawidowski removed the German plaque. In response, on 21 February, the Germans moved Warsaw’s statue of Jan Kiliński to the National Museum in Warsaw. Dawidowski and his comrades retaliated by placing a large graffito on the Museum (“People of Warsaw—I am here. Jan Kiliński”) and on 13 March adding a new plaque to the Copernicus monument: “For removal of the Kiliński statue, I am extending the winter by two months. Kopernik.”

It’s hard to understate Copernicus’ role in the Scientific Revolution. His insight to shift our perception of the universe (the sun *appears* to go around the earth) to reality (the earth is part of a solar system orbiting the sun) unlocked the scientific potential from which we still benefit today. If you want to read more, there a great Wikipedia entry on Copernicus here: Link

Nicolaus Copernicus (19 February 1473 – 24 May 1543) was a Renaissance mathematician and astronomer who formulated a heliocentric model of the universe which placed the Sun, rather than the Earth, at the center.

The publication of Copernicus’ book, De revolutionibus orbium coelestium (On the Revolutions of the Celestial Spheres), just before his death in 1543, is considered a major event in the history of science. It began the Copernican Revolution and contributed importantly to the scientific revolution.