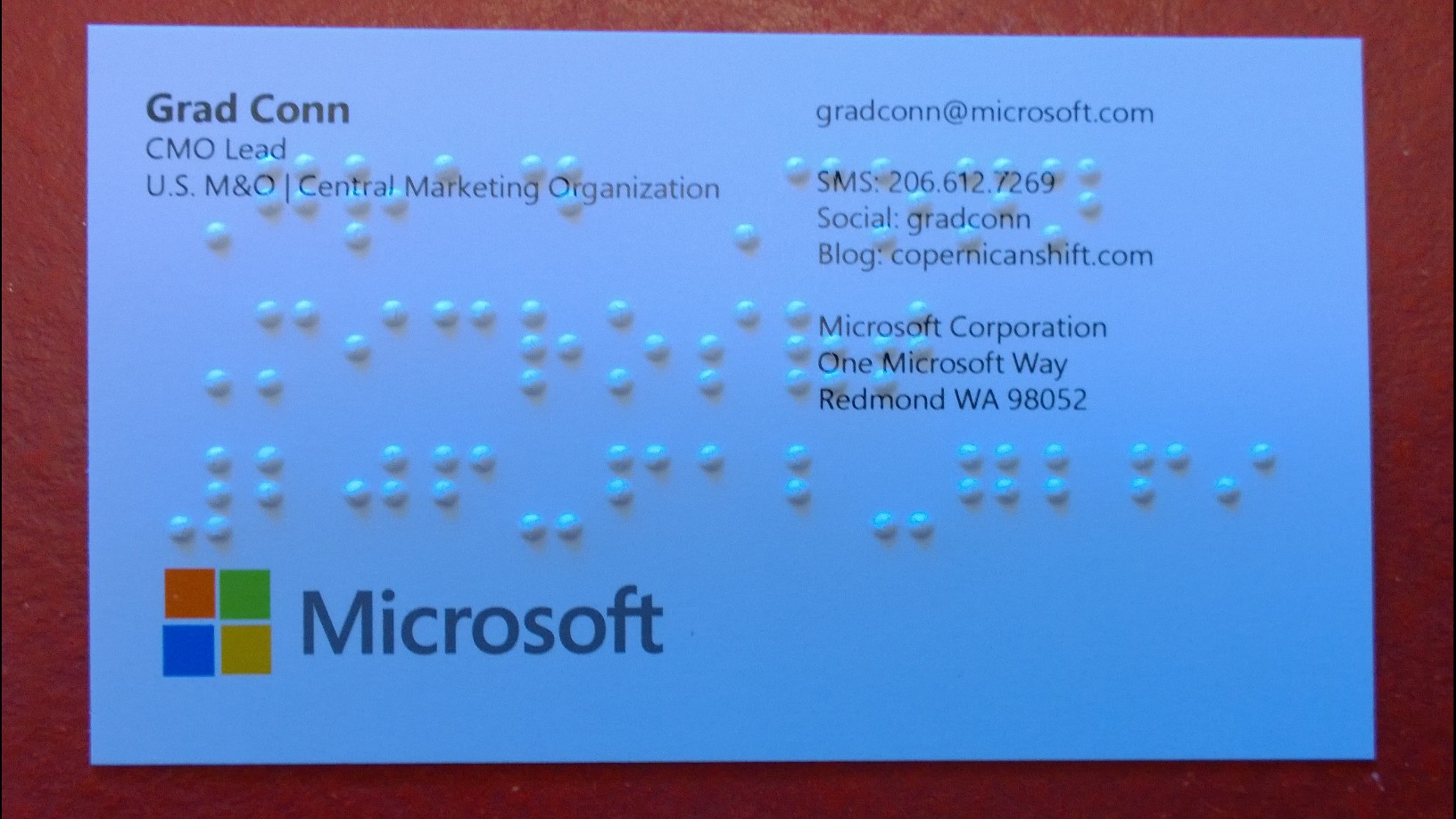 It’s a great statement on the importance of accessibility in computing, and I couldn’t be prouder of the accessibility leadership that Microsoft has shown over the years: Link

The recent Microsoft Super Bowl campaign also highlighted the power of computing to empower individuals, featuring Steve Gleason, former New Orleans Saint Safety (who famously blocked a punt in a 2006 game that became a symbol of recovery in New Orleans in the team’s first home game after Hurricane Katrina) who is living with ALS. He uses a Surface Pro and Windows Kinect running Tobii’s eye gazer technology to speak, and to narrate our commercial:

I’ve been a bit surprised that no one has commented on my new e-mail signature … I’m guessing the people are assuming it’s some kind of error artifact.

However, I always get comments on my business card. The Braille is one of the most striking features of my business card, and is a very distinctive aspect of this old-fashioned form of introduction. When I hand over a card, people can’t stop running their fingers over the Braille dots. I’ll often get follow-up from people saying that they remembered me because of my Braille business card, and it’s also a great way to nest the cards (they dowel into each other). The most surprising thing is that so few people at Microsoft opt for Braille — my theory is that it takes two extra weeks, and most people are rush ordering their business cards a few days before a conference…

People often ask me “why Braille”? My first response is “why not”?

While I let the questioner process that … I then also tell them the story of my grandfather Dziadzi, who was blind for the last 10 years of his life. During this decade I was going to school out east, and had the opportunity to spend Easters and holidays with my grandparents, and I had lots of time to talk with Dziadzi about his life, the war, and the adventure of immigrating from Poland to Canada. I taped a bunch of those conversations — it’s about time to get that content up on YouTube…

And we also spent many days going to the CNIB, getting seeing aids and collapsible walking canes for Dziadzi. And so, whenever I touch one of my business cards, I’m also taking a moment to remember Dziadzi, and to remember the challenge of losing one’s sight — something we all tend to take for granted. Here is Dziadzi and myself sometime around 1984, talkin’ and shavin’: 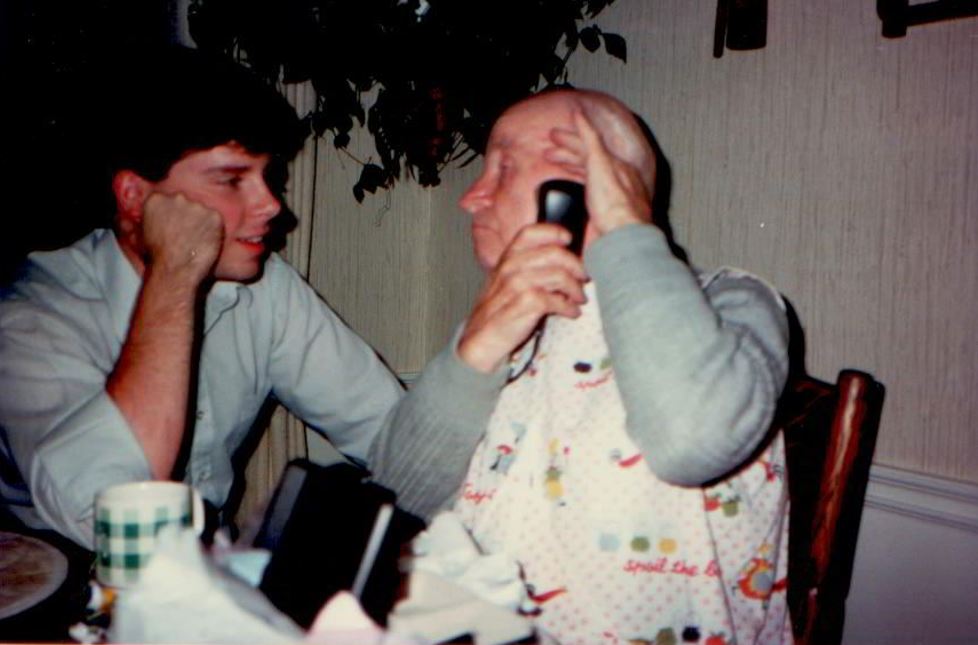