I had a great time last night at the Health Innovator’s Collaborative event at the University of Washington’s Department of Bioengineering. Titled “IT can make a big difference in health: Why hasn’t it?”, the evening was a talk and reception with Peter Neupert, who was my CVP at Microsoft Health Solutions Group, and the person who hired me into Microsoft in the first place 8 years ago.

I owe Peter a ton — I can’t even imagine what my life would have been like if he hadn’t asked me to join him to build and launch HealthVault. Plus, our software helped save thousands of lives at NewYork-Presbyterian Hospital, so that feels pretty good too (you’re welcome everyone).

Peter was in excellent form, and in his usual frank style cut through the B.S. and went directly to the heart of the challenge we face in healthcare. Specifically, the fee for service and two-tiered insurance model (private while you’re working, government when you retire) have created a system so devoid of incentives that innovation has been stifled.

Personally, I believe that a core problem in healthcare is “the job that people are hiring the product to do”. Because healthcare is so close to the heart of our greatest fears — death, mortality, pain, suffering — most discussions quickly lose rational focus. And most importantly — people will pay anything … exhaust all available resources … in an effort to avoid those fears.

It is this “save my life at all costs” perspective which is what makes socialized healthcare so unworkable because it’s really easy to say “spend all that other person’s resources to save my life at all costs”. It’s a little different when the choice is your own resources, which are an outcome of the choices you’ve made in life. We’ve not been trained to think this way — too many people think that their co-pay is their healthcare cost. If we eliminated the tax incentive for employer-based healthcare and simply gave everyone a lump sum to spend on healthcare, the billions unleashed would unlock a tidal wave of innovation, and people would think really hard about that next cigarette. 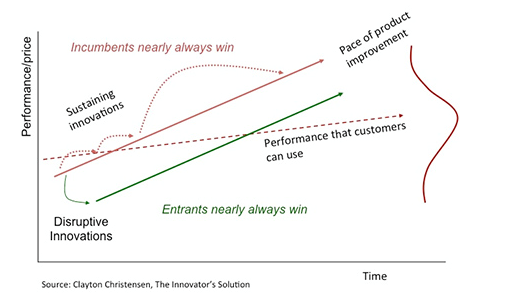 In Christensenian Disruption Curve terms, the challenge in healthcare is that the line of “Performance that customers can use” never gets crossed … until you die … so the pace of product improvement flows at the pace of sustaining innovation, which never crosses the performance curve. Users effectively chase the health until they inevitably expire — and it is our unique foreknowledge of mortality that motivates us so powerfully, while simultaneously terrifying us. It’s a volatile mix.

I’d also note that just a few days ago Sean Nolan resigned as GM of HealthVault, which brought my own healthcare adventures at Microsoft to a type of close. I’m pretty sure that Sean was the person who persuaded Peter to hire me back in 2006 … I like to think it was the beard and shoulder-length hair — plus the fact that I was a Linux/Open Source guy who’d never used a PC — which closed the deal with Sean, who was always a sucker for the mildly eccentric. Thanks man!

As long as Sean was running HealthVault, it felt like some part of HSG was still alive. With his departure, I’m literally the last one of the original team left in the company. Can’t wait to see what Sean is going to do next — I know it will be awesome, although he seems to be enjoying some of his newfound free time: 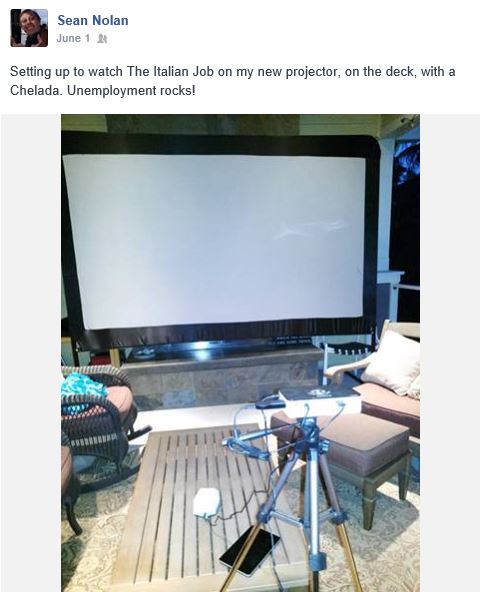