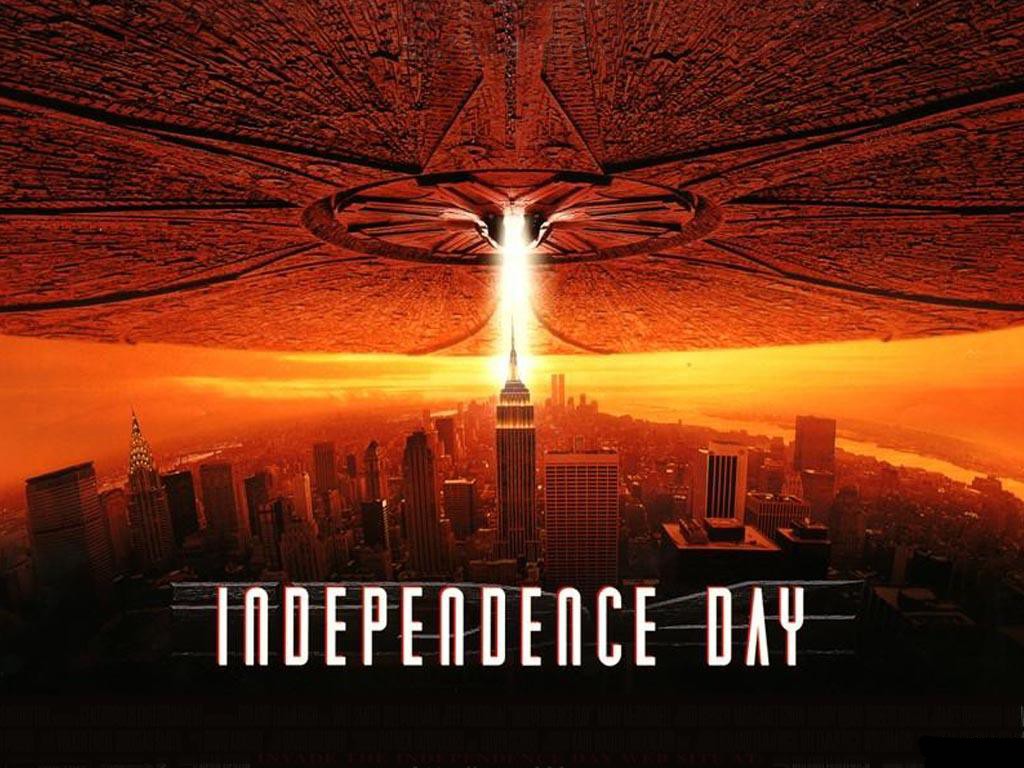 July 4 is the special day where we celebrate our victory over the alien invaders who attempted to ravage the planet in 1996: Link

These aliens were a race of sapient, spacefaring creatures who travel from planet to planet like a galactic swarm of locusts, devouring each world’s natural resources before moving to the next one. Thank Goldblum, Pullman & Smith that we defeated them! Worryingly, I hear that these aliens are scheduled to return in 2016!

All kidding aside, Independence Day is a really important film in my life. In one of my darkest periods as an entrepreneur — when I was sleeping on a couch and living in an office for a year, on the brink of financial destruction on a day-to-day basis, it was ID4 that kept me going. I developed a routine where I would watch ID4 Every. Single. Night. Week after week, month after month — I would end my day the same way, falling asleep to ID4, watching Jeff Goldblum, Will Smith, and Bill Pullman vanquish the same hapless aliens over and over again. I mean — seriously — how could these aliens figure out FTL travel, but not have a firewall that could defeat a ’90s era virus? Of course, the Martians in The War of the Worlds succumbed to the common cold … so yeah humanity!

There eventually came a day when sunrise broke through on the business, and I suddenly didn’t need ID4 anymore. But I thank this movie for helping me during a really tough time, and whenever I start a new company I give my founders a copy of ID4 on the assumption that on some point in our journey we’ll need its powerful therapeutic powers.

To this day, this is still one of my favorite Presidential speeches — I literally still get chills every time I hear it — and it nicely sums up why it’s so great to be an American:

Mankind — that word should have new meaning for all of us today. We can’t be consumed by our petty differences anymore. We will be united in our common interests. Perhaps its fate that today is the 4th of July, and you will once again be fighting for our freedom, not from tyranny, oppression, or persecution — but from annihilation. We’re fighting for our right to live, to exist. And should we win the day, the 4th of July will no longer be known as an American holiday, but as the day when the world declared in one voice: “We will not go quietly into the night! We will not vanish without a fight! We’re going to live on! We’re going to survive! Today, we celebrate our Independence Day!”