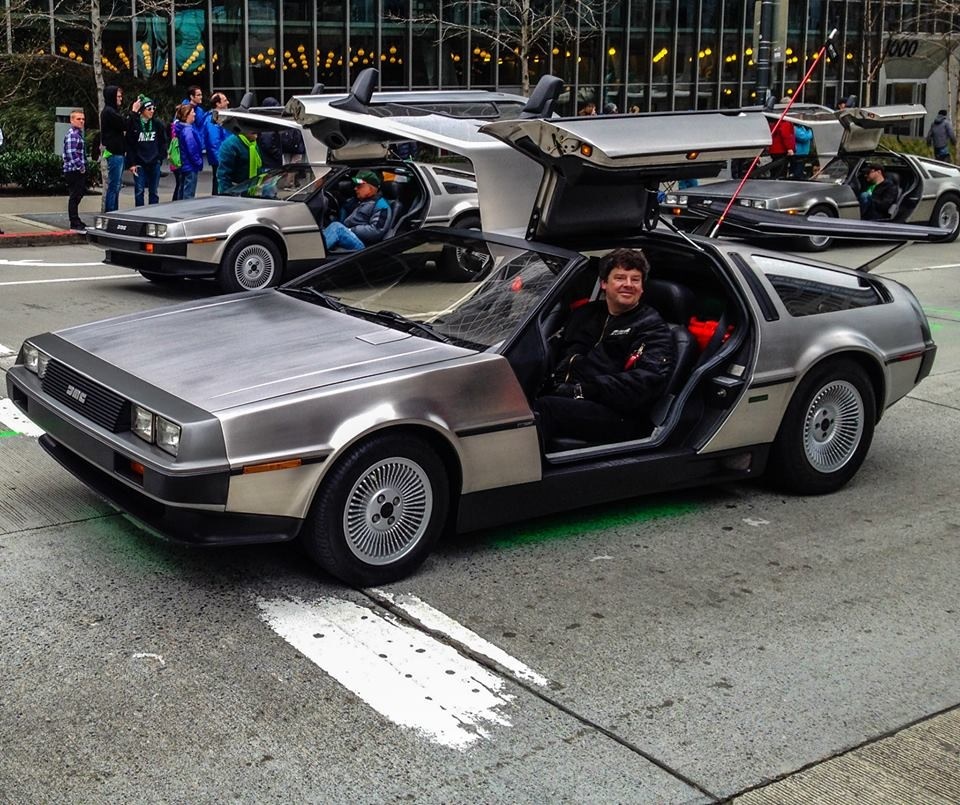 As a proud DeLorean driver I like to Live the Dream on a daily basis, and I always Keep the Shiny Side Up on my Stainless Steed. Here I am above in the 2014 Seattle St Patrick’s Day Parade … which features DeLoreans because they’re the only car marque which was mass-produced in Ireland (just outside Belfast). It was a bold move to get government financing for his fledgling company, but it ultimately spelled disaster for John Z and his iconic car: Link

Here’s an original commercial for the DeLorean on introduction in 1981. It’s one of my favorite ads because it so beautifully captures the time, yet the car still looks contemporary by today’s standards.

There’s a lot of reason why in this ad as well. “Beautifully crafted for long life…” captures the objective to build a 30-year car. And they did it — my D was built more than 33 years ago, and it runs like it’s new (and it looks like it’s new).

You’ve also got to love the superiority claim: “One of the most awaiting automobiles in automotive history…” You don’t hear that very often, and know that it’s true.

You can almost imagine The Love Boat resuming after the commercial break and this wonderful ad from DeLorean Mid-Atlantic: