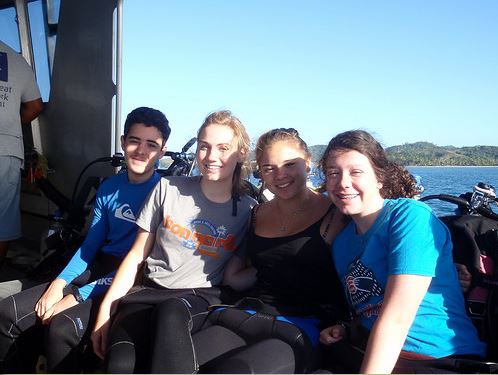 Today’s update from Fiji was co-written by Devin and Lily:

Today, waking up was a bittersweet moment since it was our last shark dive, and our last dive in Fiji. We had our usual breakfast with cereal and toast, and headed to the dive shop. With crystal clear water and no current it was the perfect dive day especially since from the boat you could see all the way down to the bottom of the reef. This also happened to be the first time we dived with the college group who were on the other boat. At the bottom of the reef we saw the usual bull sharks and some even saw a moray eel down at 95 feet! Even during the second stop there were two moray eels that were swimming between crevasses, which was unusual and exciting. Also during the two other stops we also saw gray reef sharks, whitetip reef sharks, and blacktip reef sharks.

Even though we performed a tiger shark prior to the dive we unfortunately did not spot one. The surface interval was even more entertaining than usual since along with our tea and cookies, we had story time with Papa who told us all about the history of the Fijian people and about their shark gods. Papa’s also an amazing storyteller since he’s spokesman in his village on Beqa. Also during the surface interval we had a photo-shoot with Babs and passed around American candy to all the divemasters.

The second dive is always great because the bull sharks get so close to you but today was even more amazing because there were such a large number of bull sharks, almost 60! On many occasions they swam close enough for us to touch (although of course we didn’t), but it was definitely a perfect way to finish our shark dives in Fiji. As we returned to the boat and on our return home we got a list of Fijian words and phrases from the divemaster Ben. We learned numbers, days of the week, and shorts phrases like “are you cold?” Before returning home, most people stopped at the dive shop and purchased some “Fiji Shark Diving Team 2014” t-shirts to bring home.

Upon returning home we made lunch and finished the birthday cake from the previous night, which was delicious. Lindsay then briefed on how to write a research paper, which is our final assignment before leaving Fiji. Working on the paper with our partner consumed the rest of the afternoon, but was also relaxing as many worked in the sun and tanned. By this point everybody has a good start on it and will be able to finish it by tomorrow afternoon! For dinner Bab’s Biddies cooked and made stir fry followed by a calm evening of continued work on the research paper. To finish the night we continued our routine of watching a movie, this time scary, and settled into bed. We have a nice sleep-in tomorrow until 8 and we’re excited for a beach day in the afternoon! 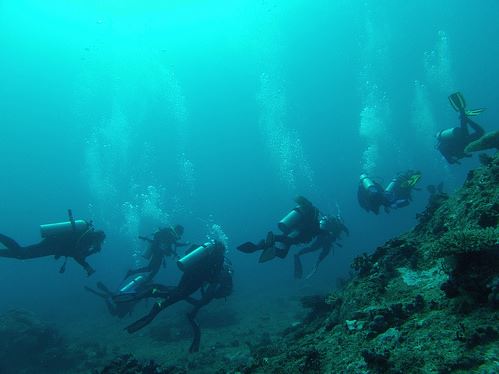 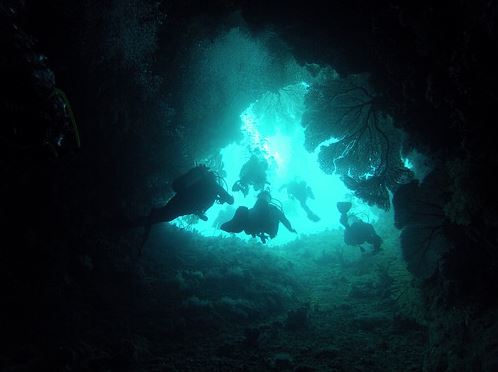