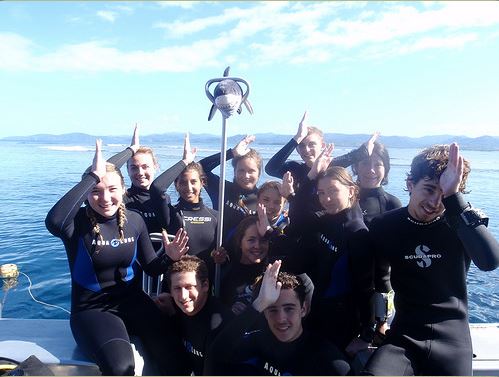 Today’s update from Fiji was co-written by Emmet and Owen:

On our penultimate day in Fiji, we started the morning with breakfast, cereal and toast. We boarded our bus service and headed to the Luva River for our fun-yaking, inflatable kayaking in which the word fun replaces the ka in ka-yaking. The bus ride was an hour and a half, with most of the road on a small trail the made the ride bumpy and jumpy. Each person had his or her own fun-yak and we traveled along the river one by one by one by one by one, having splash fights all along the way. There were class one rapids along the river and people had trouble staying straight in our fun-yaks. It was laughter all the way. As we traveled along the road, we saw beautiful Fijian landscapes. There were mountains, and jungles with luscious trees of numerous types, vines and flowers. There were also animals sitting on the banks and slopes of the mountains enclosing the river. Cows and horses were placed causing some to “MOO!!” with excitement. The clear water in the river showed how shallow the river was for most of the ride. With every turn and fun-filled second, we reveled in the glory of Fiji. Once we reached the halfway point, we all exited our fun-yaks and had delicious cold cut sandwiches. We ended up having to wait because the Prime Minister of Fiji was due to come visit one of the local villages and we were lucky enough to meet him!

After many snap shots with the PM, we headed to a waterfall retreat in the jungle. It was a ten-minute hike of the largest endeavor. There were steps and stones and sticks and mud and even some horse poop. The large amounts of huge insects frightened some of us, but most kept their cool. Once we reached the waterfall, the guides took pictures of us by the waterfall. We then traveled inside the waterfall to take an inside look. After some more pictures and a lot of laughing, we went down the naturally made water slide into some refreshingly cold water. We then continued to take selfies and pictures of the distinguishably dashing scenery. Then, each of us jumped off of a cliff into the revitalizing waters that lay beneath us. We channeled our inner frog and leaped out of the water and started heading back to the fun-yaks.

On the second part of the fun-yaking trip, we decided to take it easy and drift for most the way to the end. Once we reached the end, we separated three boats and rode our way to the buses waiting for us at the end. The boat ride allowed us to really enjoy the beauty of Fiji on our penultimate day there. It reminded many of us of the island from Jurassic Park, the rolling green mountains and waterfalls lining the side. When our boats were docked onto the sand, we re-boarded our bus and drove home. After everyone showered, we hung out for a short amount of time before leaving for dinner. We had dinner at the Pearl, the nicest resort we have visited, and were all extremely delighted with our meals. We finished our last night off with a last “trip glows” which highlighted everyone’s best moments all trip. It was heart warming to see how much everyone had bonded with each other in such a short amount of time. We watched one final movie as a group and all talked for at least an hour afterward. Some laughed and some cried. Finally, we all went to sleep prepared for the last hours of the trip. 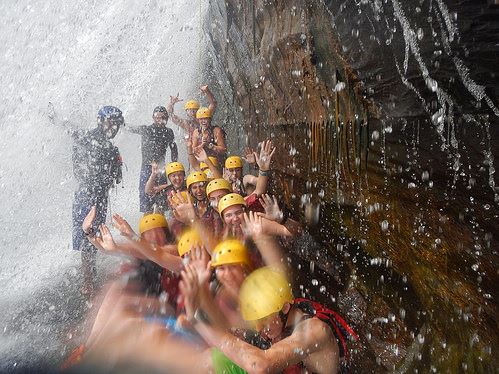 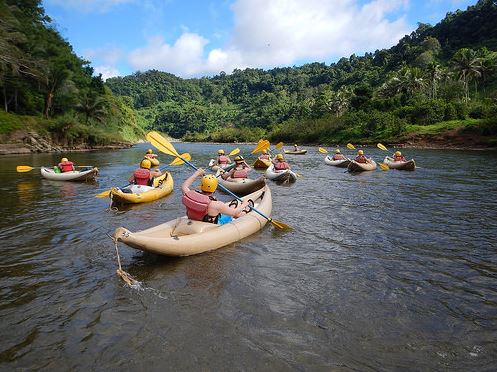 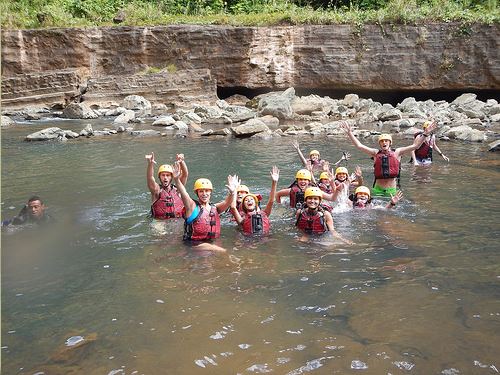 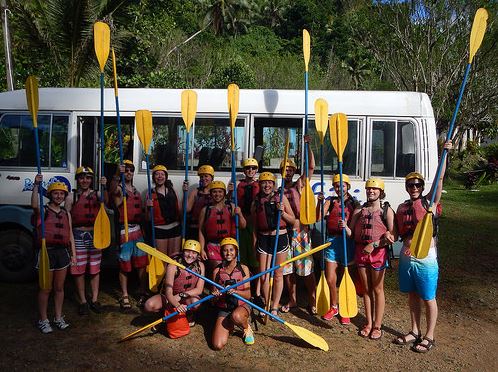