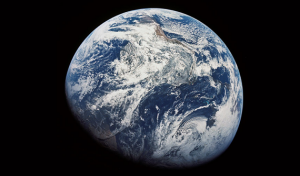 My Dad lives on something I like to affectionately call the “E-mail Web”, which is an online universe populated by older folks who essentially “chain e-mail” each other. It’s an interesting blend of old and new – still essentially “mail”, but delivered to a screen. There’s an interesting and amazing amount of content contained within this e-mail Web which is hidden from search engines. And he never uses the proper Web … for example, he’ll never see this post.

My Dad forwards quite a few of these e-mail chain letters to me, and a lot of them are long-faced e-mails about the “Good Ol’ Days”. These e-mails inevitably include some riff on how awesome it was in the 1950s, and how awful things are today, and for some reason they always close with the same call to action that is some variant of “I’ve sent this to you because I believe that you are an ant! You may wish to pass this on to other ants, but don’t bother sending it on to any grasshoppers because they wouldn’t understand it anyway.”

When I read these missives I can’t help but think “no way would I want to live in the 1950s” – I love my life now, and I love the time I’m in now. This article from The Motley Fool does a nice job of summarizing why we should feel *great* about living now: Link

I recently talked to a doctor who retired after a 30-year career. I asked him how much medicine had changed during the three decades he practiced. “Oh, tremendously,” he said. He listed off a dozen examples. Deaths from heart disease and stroke are way down. Cancer survival rates are way up. We’re better at diagnosing, treating, preventing, and curing disease than ever before.

Consider this: In 1900, 1% of American women giving birth died in labor. Today, the five-year mortality rate for localized breast cancer is 1.2%. Being pregnant 100 years ago was almost as dangerous as having breast cancer is today.

The problem, the doctor said, is that these advances happen slowly over time, so you probably don’t hear about them. If cancer survival rates improve, say, 1% per year, any given year’s progress looks low, but over three decades, extraordinary progress is made.

Compare health-care improvements with the stuff that gets talked about in the news — NBC anchor Andrea Mitchell interrupted a Congresswoman last week to announce Justin Bieber’s arrest — and you can understand why Americans aren’t optimistic about the country’s direction. We ignore the really important news because it happens slowly, but we obsess over trivial news because it happens all day long.

Expanding on my belief that everything is amazing and nobody is happy, here are 50 facts that show we’re actually living through the greatest period in world history.