“Anyone who thinks that people who can be fooled or pushed around has an inaccurate and pretty low estimate of people — and he won’t do very well in advertising.” — Leo Burnett

It is always interesting to me how many people think they can get away with shoddy workmanship or unsubstantiated claims. What’s super puzzling is that it is so much work to start and run a company; and so much work to introduce a product and sell it … why not do it right? If an excellent job is 100% effort, then a shoddy job is no less than 80% effort. Having already expended 80% of the effort, why not just knuckle down and take it to 100???

I suspect this attitude stems from the cynical, racist, anti-Semitic America Firster H.L. Mencken, who once said: “No one ever went broke under-estimating the intelligence of the American people.” He held that people can be easily persuaded to accept inferior ideas or useless products. I believe this is a fundamentally flawed philosophy, but it has corroded many a business mind, which tend to be naturally susceptible to elitism.

The consequences of 80% behavior are significant. One of my favorite stories from the early days of consumer activism on the Web is Yours is a Very Bad Hotel.

In the early hours of Nov 15, 2001 a couple of weary business travelers had a bad experience while trying to check into a hotel in Houston. Yours is a Very Bad Hotel, a deliciously sarcastic PowerPoint detailing their customer experience was born. In the days before Facebook and Twitter, this PowerPoint ripped across the internet like wildfire generating global response and coverage from the likes of USA Today. This clever and creative way to lodge a customer complaint is an early example of the megaphone impact that social can have on brands. It marked a new movement of customers taking their experience into their own hands and using the internet as the platform to do it.

Fast forward to 2017 and social is everywhere. 94% of online adults have an account with at least one social media platform. The number of global social media users grew by more than +20% in the last year. In fact, nearly one-third of the world uses social networks regularly. Social is deeply integral to how we communicate and transact and gives us a window into our customers’ interests to better understand their likes, dislikes and sentiment about our brand based on posts and Tweets. In 140 characters or less, social has the power to inspire social change but it can also be unforgiving — amplifying a brand’s missteps.

Now almost 80% of customer complaints occur on Twitter. In fact, according to Sprout Social, 36% of people have actually used social media to shame a company for poor customer service. Social platforms are the modern day soapbox and it has never been more critical for brands to actively listen and proactively engage with customers to ensure you catch a bad hotel incident before it erupts.

A more recent example is the story of the Peggy Sofa from West Elm. A product so shoddy that customers were told it should last 1 to 3 years with light use. A couch. 1 to 3 years. Think about that for a second. Did they get away with it? No way, no how — not only did they create an entire online movement that amplified globally — including a post in BoingBoing — in the end they had to refund everyone who bought a Peggy Sofa going back to 2014: Link

One of my favorite articles on the Peggy Sofa and the one that truly put the stake in the heart of this sham furniture was from Anna Hezel at The Awl: Link 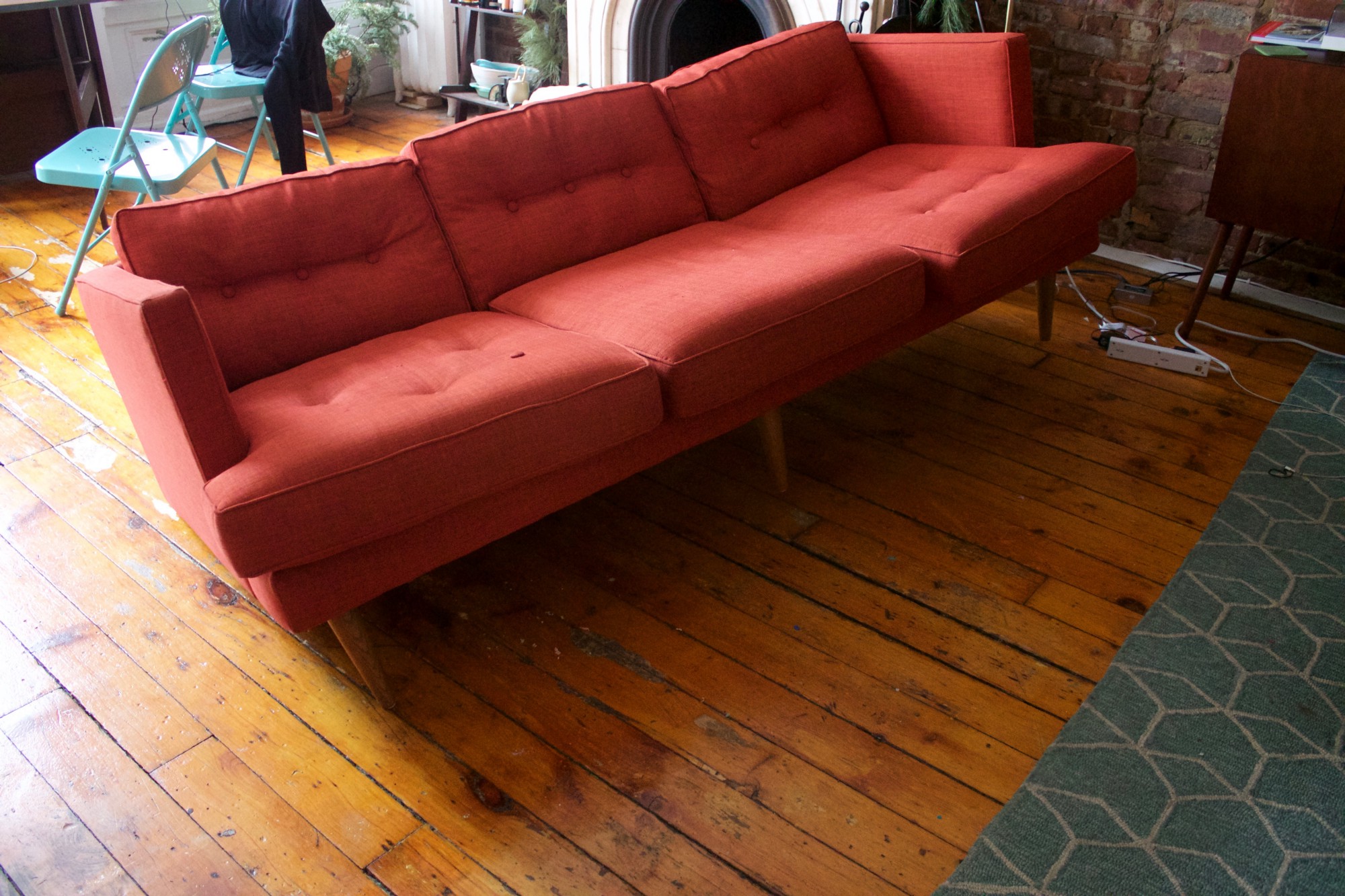 Since West Elm doesn’t have product reviews on their website, there is no real reason to know how widely disliked the Peggy sofa is until you buy one and then join the strange ad hoc community of Peggy truthers on the internet. As far as I can gather, the Peggy sofa has been on the market since 2014, which means that three years of consumers have been buying it and then immediately trying to warn others against making the same mistake.

There’s the woman in Denver who left a 700-word review on her local West Elm’s Yelp page, describing why she’ll never shop there again after buying the Peggy: “To have created a detailed training guide with colored pictures on how to repair your sofa means you’ve probably received hundreds, if not thousands, of calls, emails and visits about this awfully made Peggy sofa. You have to do better, West Elm.” Another woman with similar complaints took to West Elm’s Facebook page: “I have furniture from IKEA that is 6+ years old, that has moved across the country (twice!) that has held up better than this couch.”

And then there are the Instagram Peggy trolls. Every once in awhile the couch will appear in a carefully styled photo on the company’s Instagram page, and warnings pour in under the photo. “This is literally the worst couch I’ve ever bought,” writes one commenter. Others echo: “Got this couch in gray, and it’s falling apart!!!” and “This was my first big furniture purchase and I am so disappointed.” and “This is the absolute WORST piece of #furniture I’ve ever purchased!!!”

Possessed with a fervent and slightly unhinged desire for truth and justice on behalf of the entire Peggy community, I went into two different West Elm stores and asked patient employees what they thought of the Peggy and if they would recommend it to somebody. They unanimously agreed that it was a great couch. I asked whether the buttons ever posed a problem, and one said that as long as I didn’t have pets or kids, it was fine (but here’s what a dog or a cat would look like on the Peggy in case you’re curious). In both cases, I asked what the expected lifespan is for a West Elm couch like the Peggy. Both store employees told me that between one and three years was normal for a couch with light use.

So take a page from Leo’s book — have a high estimate of people and treat them with respect: It will pay you back in multiples.