“Personal satisfaction, I believe, must come in a day-to-day feeling that one has earned his or her pay.” — Leo Burnett 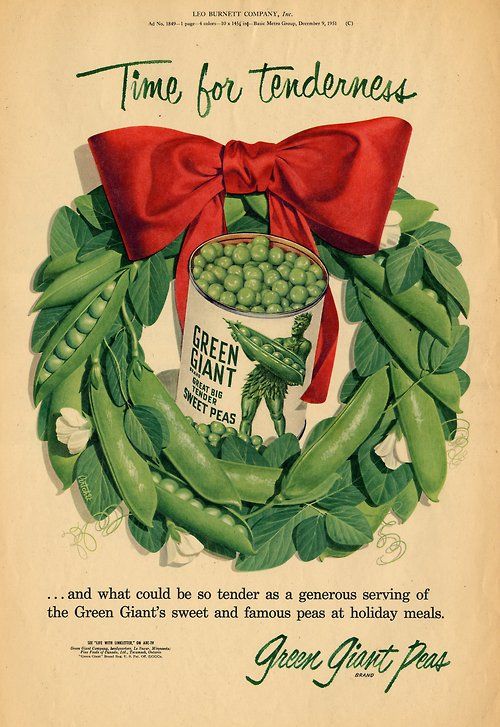 The town of Blue Earth, Minnesota erected a 55-foot statue of the Jolly Green Giant in 1978 to commemorate the completion of Interstate 90. The statue was permanently erected the following year, and it now attracts at least 10,000 visitors annually. Paul Hedberg was the owner of radio station KBEW and would provide his interview subjects with canned vegetables from the Green Giant Company. He got the idea to build the statue from his interview subjects, who often asked to see the Green Giant.