“I have learned that any fool can write a bad ad, but that it takes a real genius to keep his hands off a good one.” — Leo Burnett

Q: Or an automobile?

A: Or an automobile. I remember years ago we had a great success when the meat industry was advertising through the American Meat Institute, which was one of the big landmarks in our agency.

We convinced ourselves that the image of meat should be a virile one, best expressed in red meat. A lot of people in the industry said you can’t show red meat — uncooked meat — it’s distasteful.

But we argued to the contrary, and we did quite a lot of research which showed it wasn’t distasteful to women at all. We felt that there is nothing like a piece of red meat to say “meat”. So, right from the beginning, we showed a lot of red meat.

But then we went a step further, and this came about more or less by accident. I was in a studio myself one day, the tag end of the day, and we had take a lot of pictures for ads. At that time I was very active; then we were quite small and a very small group of us did the ads together.

I was in Hi Williams’ studio here in New York and I said, I wonder what would happen if you put a piece of red meat on a red background: Would it disappear or would it be dramatic? Run it as a bleed ad — this was before television — and  I said, well, let’s try it and find out. This was after five o’clock, but we had meat around the place we had been using for other pictures and cooking it and so on, recipes and what have you. So we took a round steak and slapped it on a piece of big red cardboard, and Hi photographed it. We took a couple of pork chops and put them on a red background and photographed that; and some frankfurters and put them on a red background and photographed that.

Later he sent me the prints on these things, and they were terrific, you know. So we chopped them down to size for a bleed page, and took them to the next committee meeting of the Meat Institute. And, boy, everybody cheered and said give us that! Well, this was inherent drama, you know. This was drama without any tricks. I mean, the red background was a trick; red against red was a trick, but it was a natural thing to do. It just intensified the red concept and the virility and everything else we were trying to express about meat. We ran those red background ads a long time.

This was inherent drama in it purest form, which we try to find without getting too kooky or too clever or too humorous or too anything — it’s just natural. 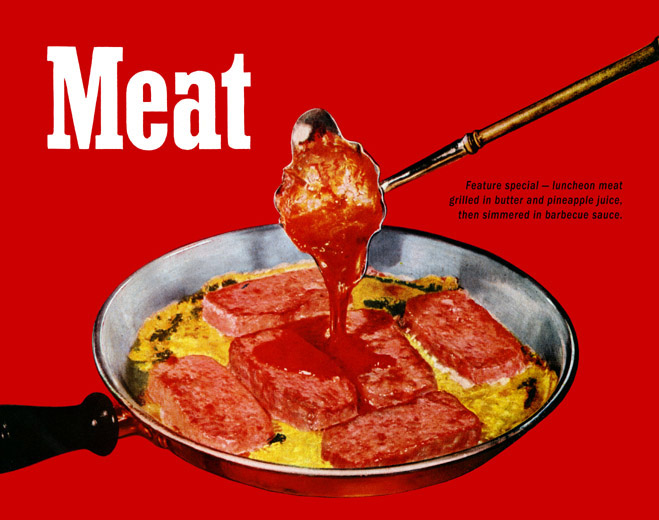 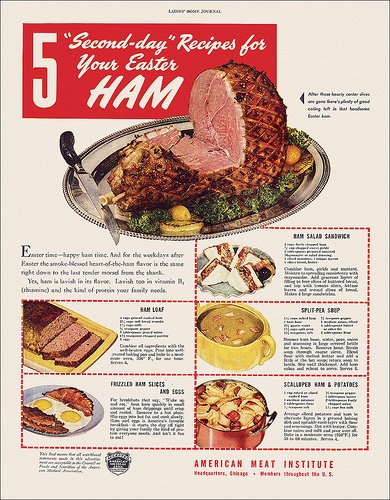 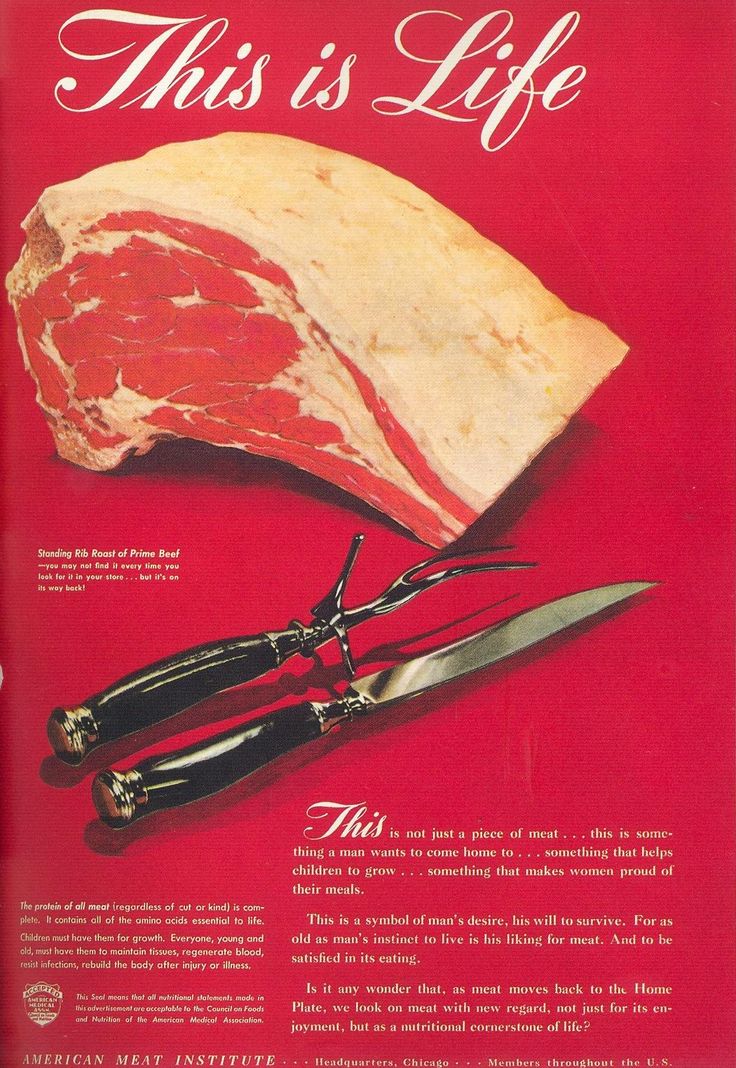 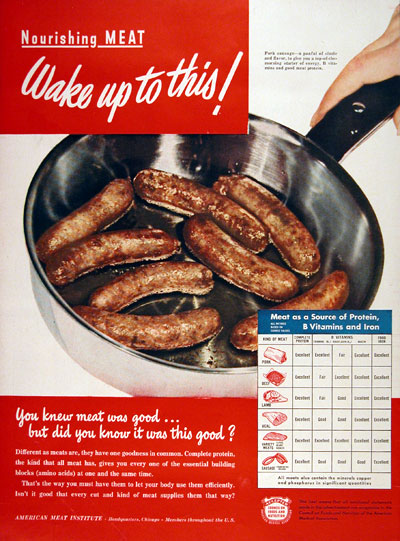 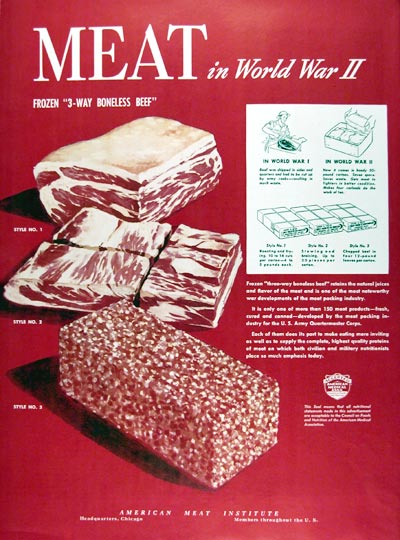 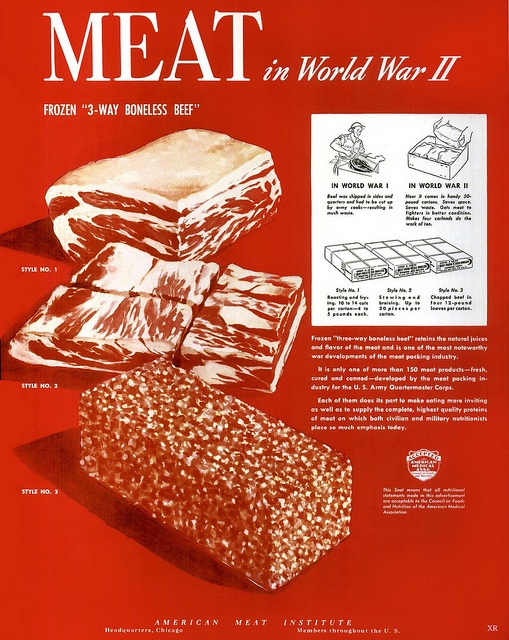 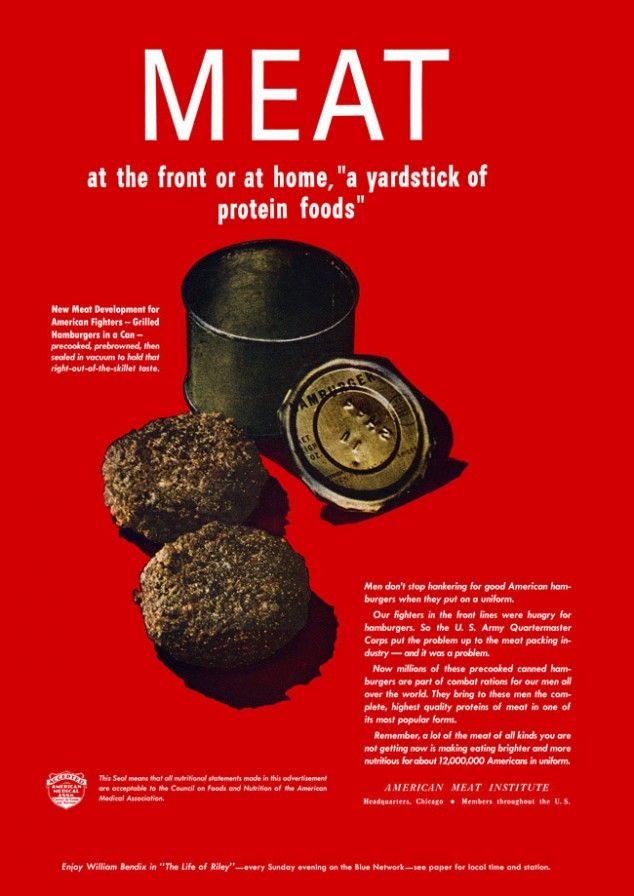 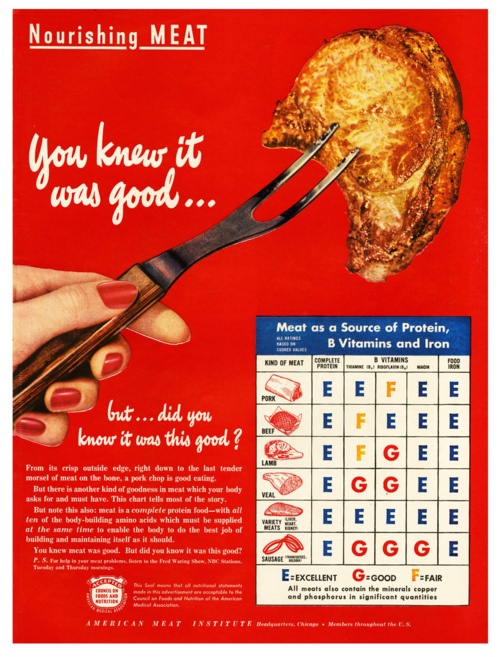 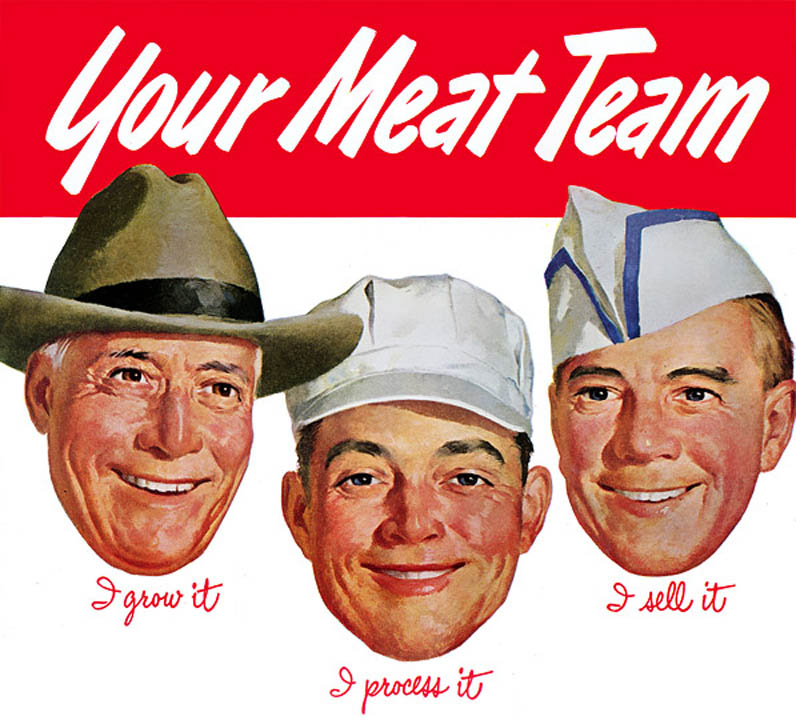 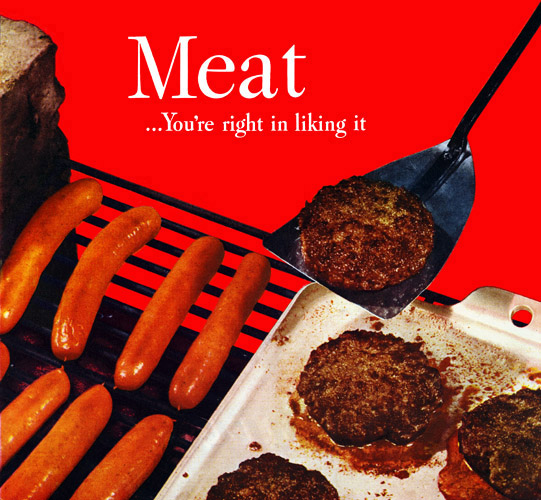 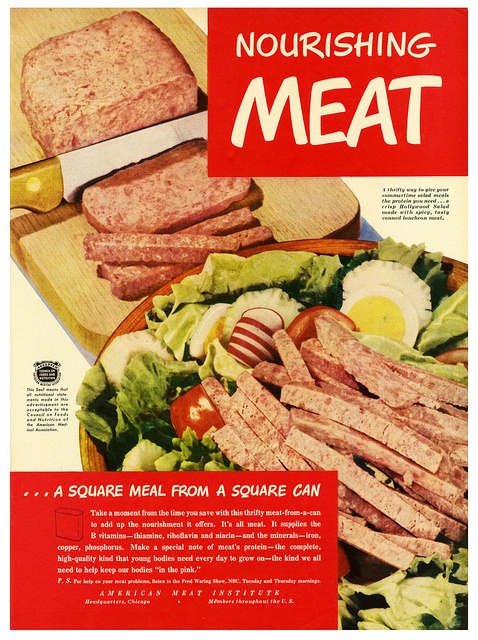 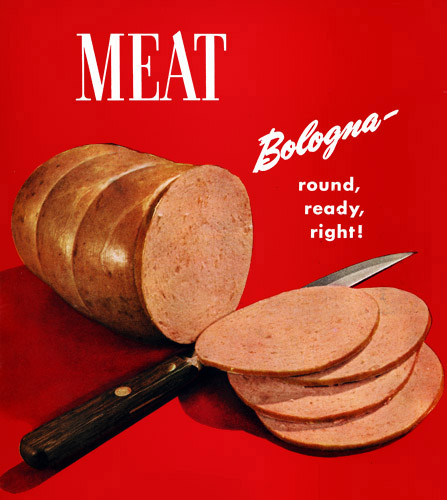 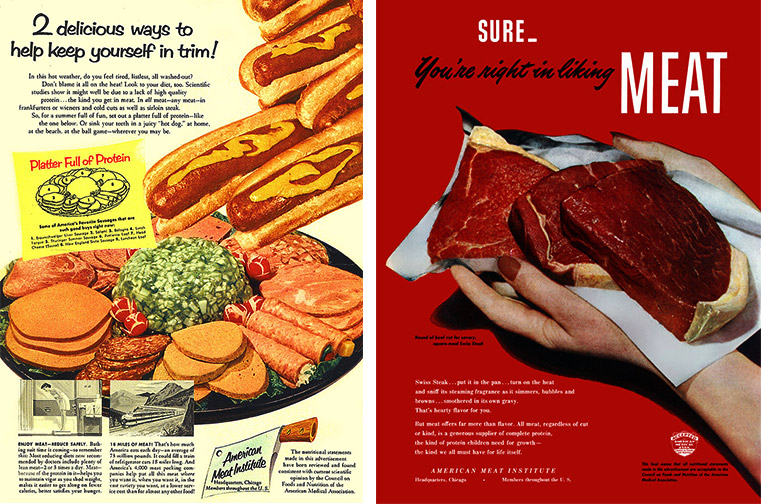 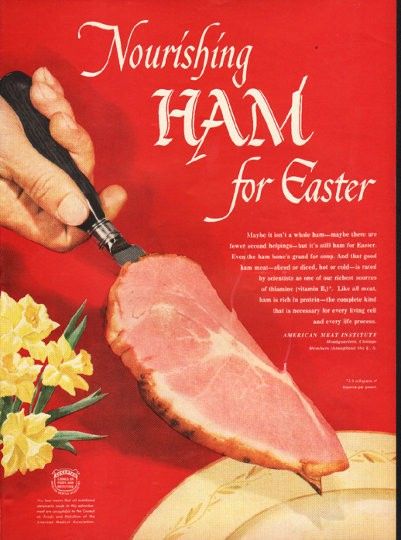 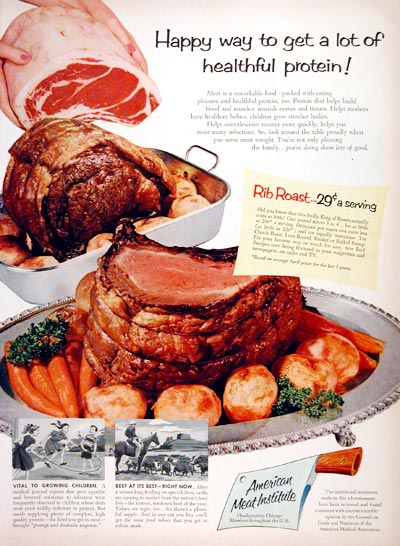 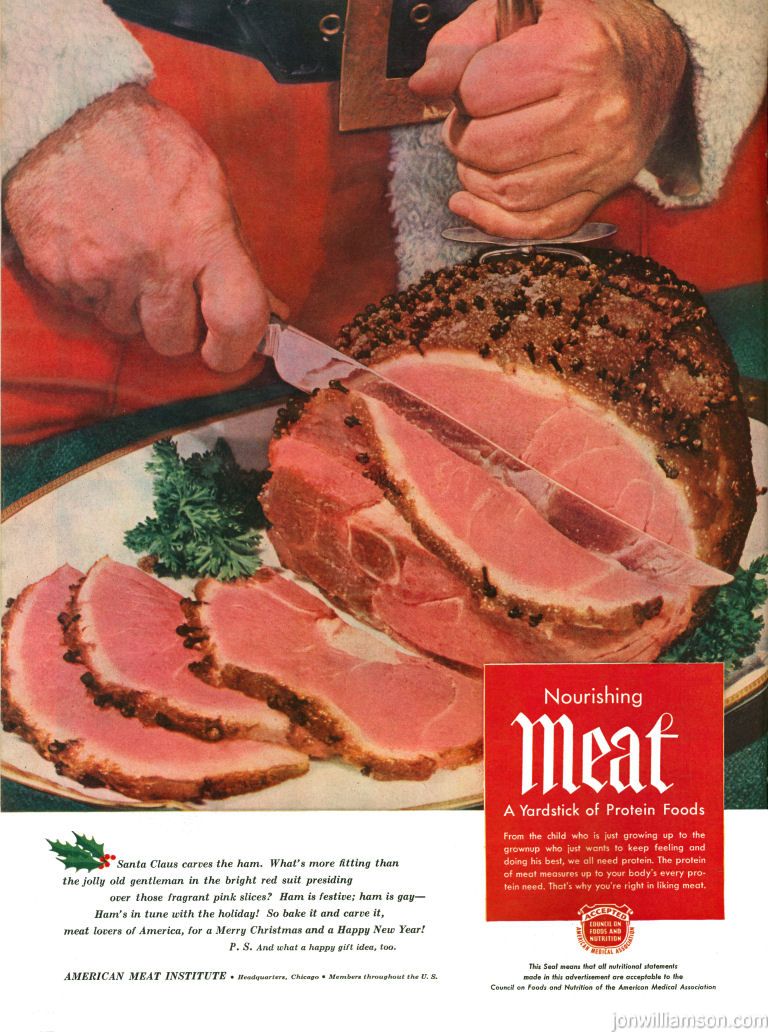 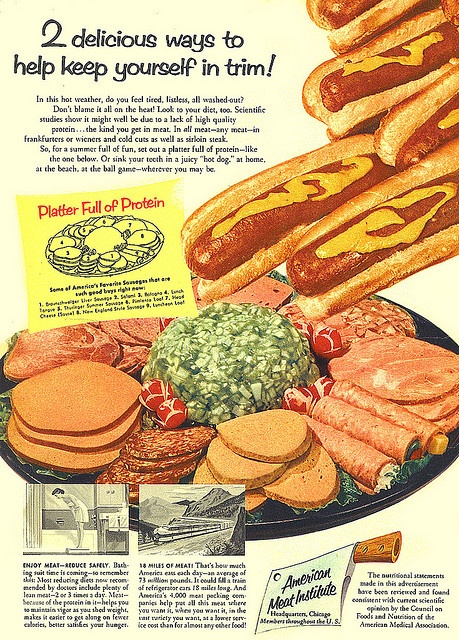 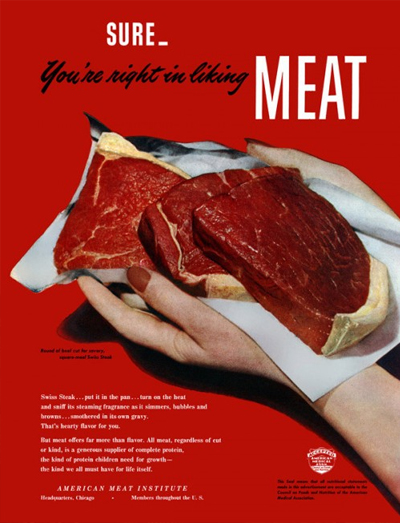 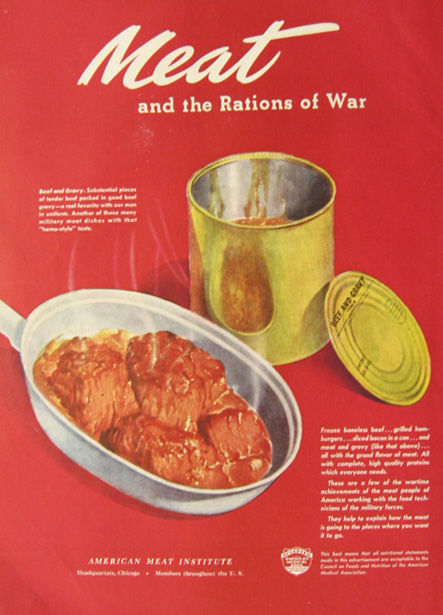 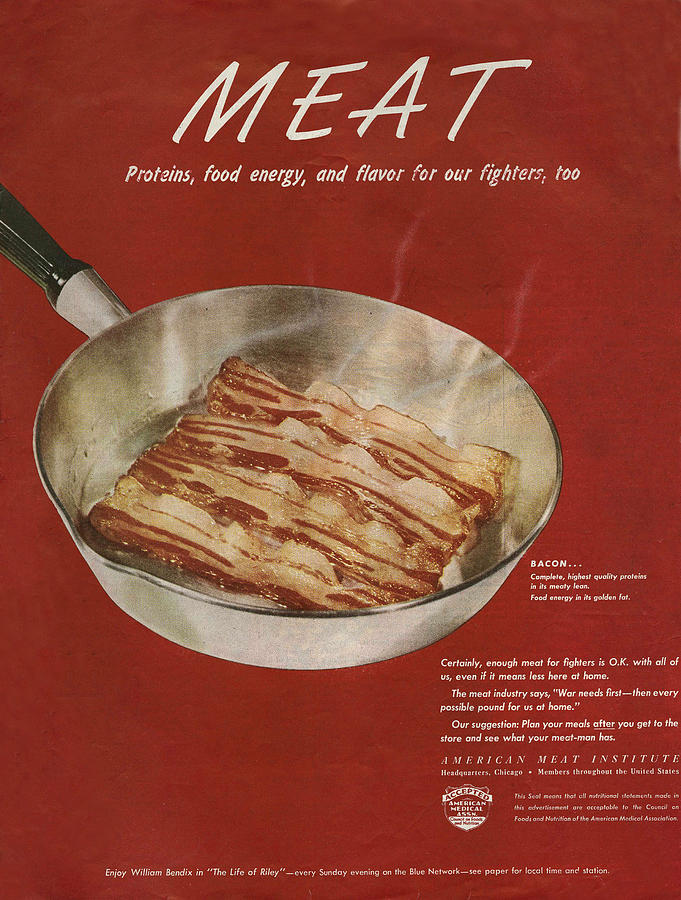 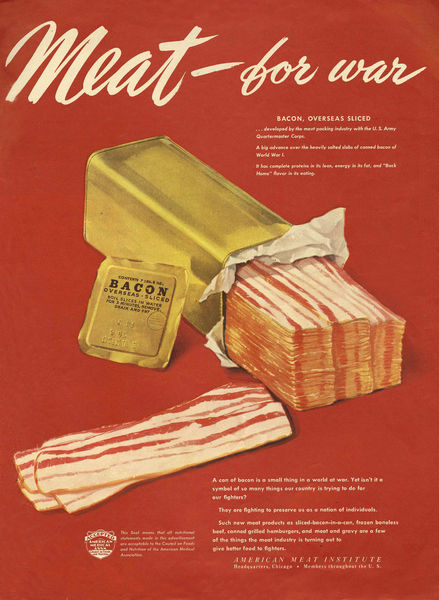 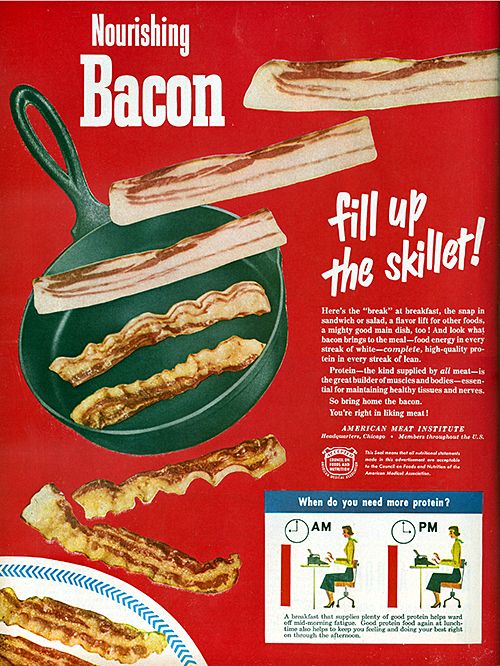 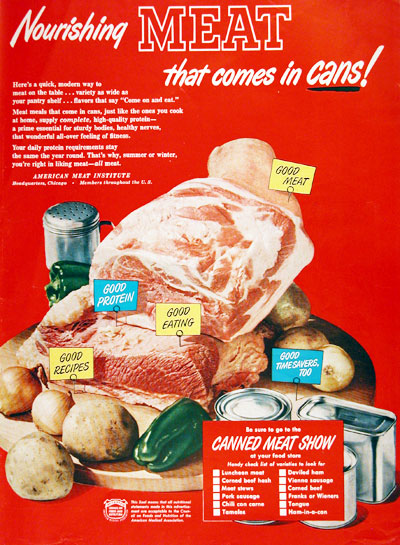 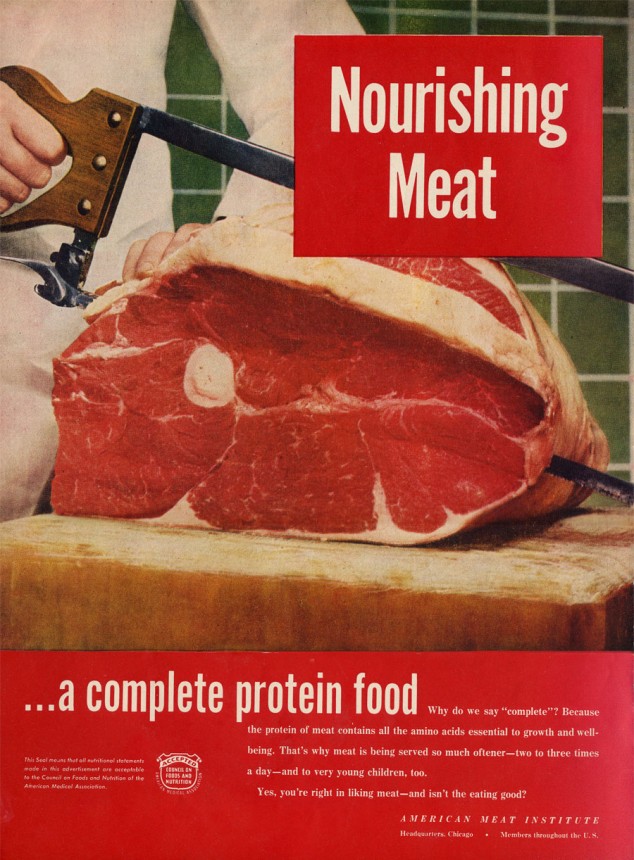 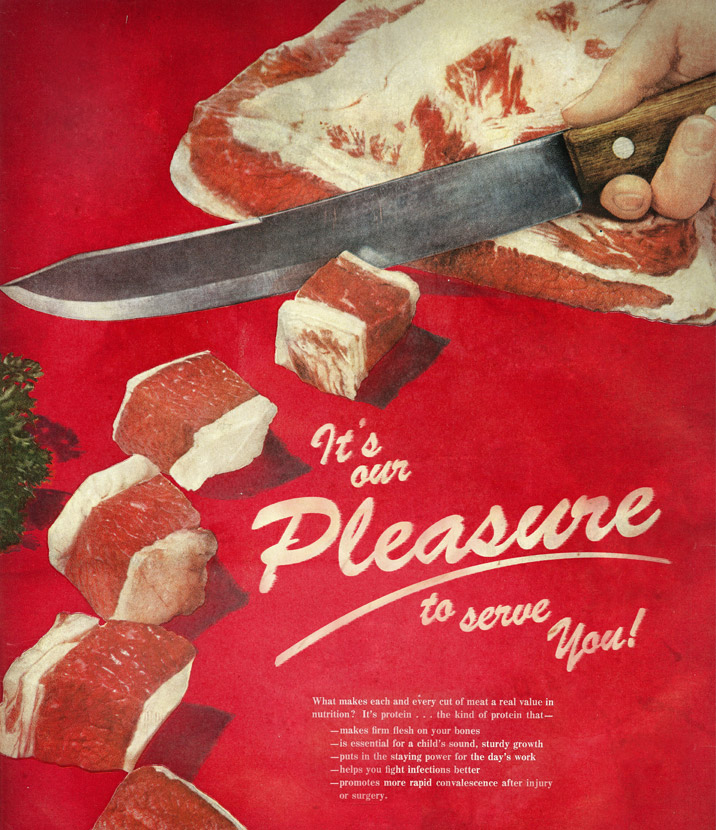 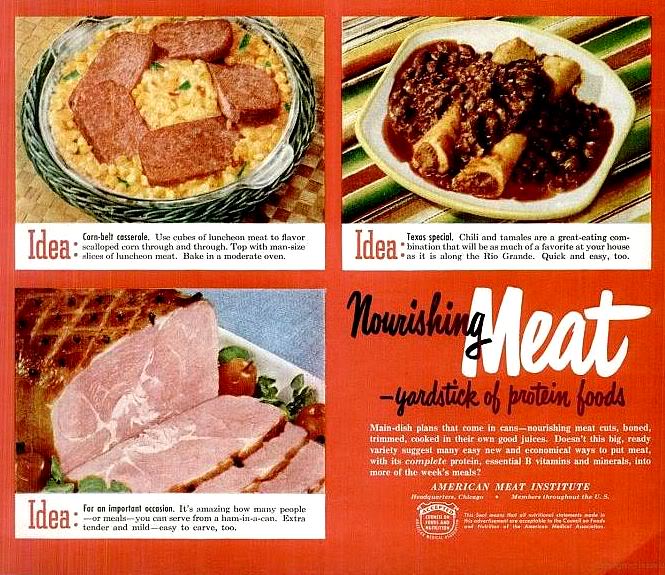 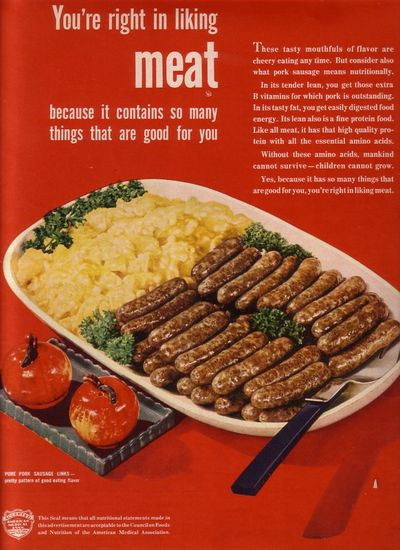