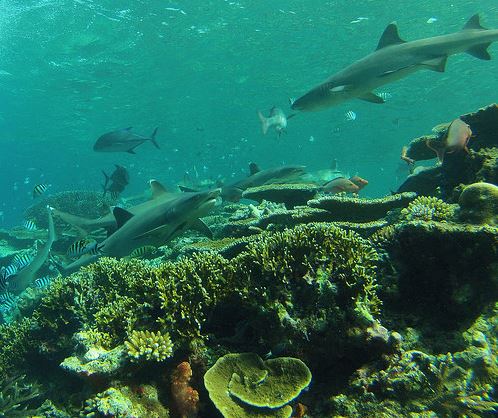 Today’s update from Fiji was co-written by Emmet and Sofia:

Our day began like a normal day, a cereal breakfast, no drama (like the housewives). Then we left and headed to our last data-taking shark dive. When we got into the water the sharks were pissed and one snatched another’s weave (not really, but that would be great) . The sharks fed and we safely watched in awe as the shark devoured the food and one even impatiently bit a hole in the feeding trashcan thing. The witty comeback of each shark as one insulted the other was undeniably entertaining, whether we wanted to admit it or not. Even as we waited on our safety stop a passing by sea turtle fled at the sight of senseless shark screaming scrambles. On our second dive we watched, as the sharks were hand fed with each shark feeling as if they deserved the fish head. When one was denied a fish head they would throw a fit and begin to flip over tables.

We got back to the house and looked up some new fish we discovered. One was the black spot angelfish, which was yellow and had no spots, a dumb name most thought. They made sure their opinions were known. After we had finished identifying fish, we knew we had to study for our final tomorrow morning. We had a group study session for a good hour. We became ready for a break and some of us napped, while others enjoyed a scrumptious bowl of ice cream. Once everyone was awake, our group once again began studying and bonding as a “fambily.” As the afternoon turned into night, one by one each person took a “Which Shark Are You?” Buzzfeed quiz and the results were fabulously accurate. There were 5 shark options: Great White shark, Scalloped Hammerhead shark, Whale shark, Tiger shark and Basking shark. Most people got scalloped hammerhead or whale shark, while Lindsay was a Great White shark and Austin was a whale shark. We had a delicious Italian dinner of baked ziti accompanied by garlic bread, made by Lindsay and Austin, in order to give us more study time. We studied for another short period before watching an action movie. We ate ice cream, devoured popcorn and cuddled as we watched, like a family. 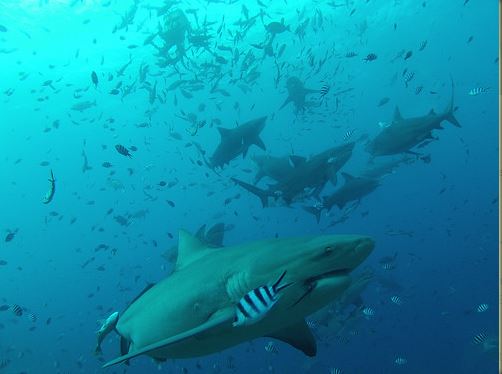 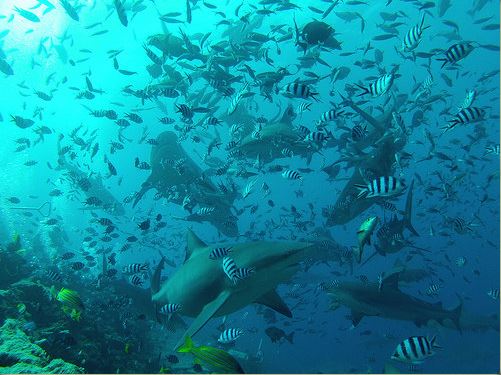