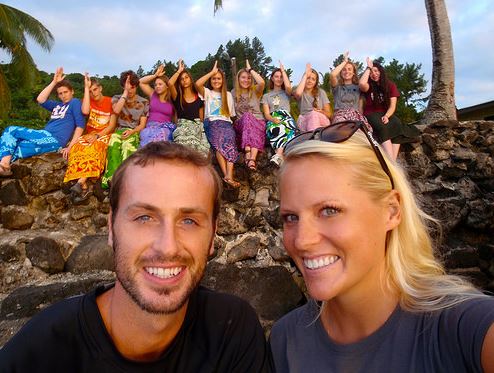 Today’s update from Fiji was co-written by Maddie and Lily:

And we’re back with more trip updates!

It’s been an exciting past three days we’ve had on Beqa Island and we’re here to tell you about the beginning. We began our day at 9:00 AM with a late breakfast. It was great to finally sleep in after a hectic past two days with midterms and all. Following breakfast we had a lot of time to work on final projects and prepare for our stay in Beqa! Lindsay provided a complete packing list with everything we needed to fit in our carry on backpacks. After eating lunch, we made our way to the dive shop where a boat waited to take us to the island. Papa was there a long with other dive shop staff who lived on the island.

As we finally approached, the island’s blue waters and the friendly faces of the locals greeted us. All of our faces lit up as we knew that this was the beginning of a new adventure in Fiji. The village we would all be staying in is called Rokua village and is one of the many villages on Beqa island. All of the Broadreachers congregated inside papa’s house so we could finally find out where our new surrogate houses would be. Emmet, Lily, and Trinity all stayed with Papa and Va, where Lindsay would be staying as well. Austin and Owen stayed next door with Tumbi, who also housed Sarina as well. Everyone else paired up and stayed in separate houses. The pairs included were: Maddie and Paige, Devin and Holland, Kevin and Patrick, and Alena and Sophia. Everyone was pleased with their new Fijian family!

After situating ourselves in our new houses, we all met up near the seawall to view and take pictures of the sunset. Nearby a volleyball game was being played by the local Fijians and a few of us joined in the fun. After the volleyball game we all returned to our houses to eat dinner and prepare to see the chief of Rokua village. At the chiefs house we all sat down in a circle and Papa offered the chief, Kava so we could all be accepted into the village. Papa and the chief sang a quick prayer followed with some clapping and we were all soon new members of the village. We all finally returned to our respected houses to sleep and dream of our upcoming Beqa Island adventures. 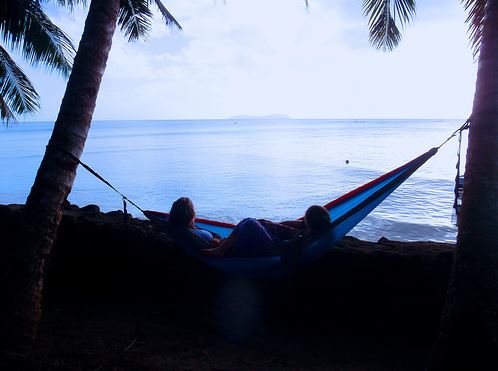